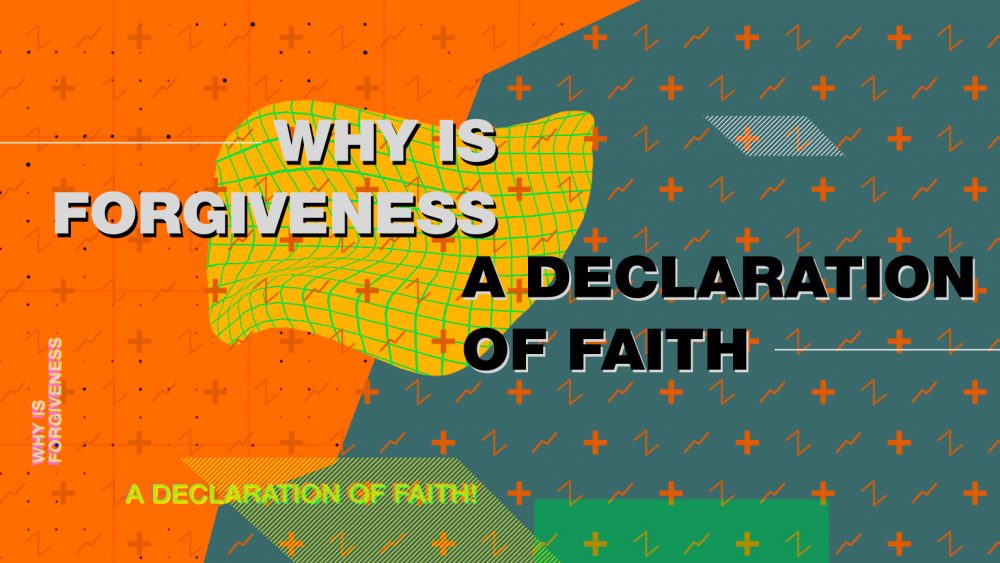 “I forgive you, but it’s not okay”

There is a huge difference between saying “I forgive you” and saying “That’s ok”, when somebody apologises. With many smaller offences, the difference may seem inconsequential, but as we ascend the levels of offence (if you will), the difference becomes clearer and more important. For example, if you accidentally step on my toe and say “I’m sorry”, I may well say in return “That’s ok” or “It doesn’t matter”. We’ll call that ‘Level 1’. If you accidentally run me over with your car however, it’s not okay. That requires forgiveness. We’ll call this ‘Level 2’. If you intentionally run me over with your car but later regret it and apologise (‘Level 3’) I may wrestle with my decision to forgive you. But if you intentionally run me over with your car and don’t regret it or apologise (‘Level 4’), I’m probably going to struggle to forgive you, and struggle for a long time!

Obviously, there are higher ‘levels’ and these ‘levels’ cannot be determined linearly, but you get the idea. It is because of these higher levels of offence, that true forgiveness, the Christian way, has been denounced as powerless, permissive and passive. But it’s not.

The High Cost of forgiveness

I still remember the day my Mum read me the story of the crucifixion for the first time. I don’t mean the sanitised ‘kiddie picture Bible version’ either— “They didn’t like Jesus so they put Him on the cross, but God made Him come alive again”. I heard it in the real words of Scripture, exactly as written. A lump began to form in my throat and when it got to this part, I could take it no more and began to silently sob: “They stripped him and put a scarlet robe on him, and then twisted together a crown of thorns and set it on his head. They put a staff in his right hand and knelt in front of him and mocked him. “Hail, king of the Jews!” they said. They spit on him, and took the staff and struck him on the head again and again.” (Matthew 27:28–30)

The detail is horribly graphic; stripping and mocking that was intended to cause maximum humiliation. These men (along with the dehumanizing regime that saw them as expendable weapons of war rather than human beings) were incredibly spiteful and utterly merciless. Jesus had already endured an unimaginable flogging, which many did not survive. Now they beat Him around the head, again and again, with a rod (think baseball bat), for who knows how long; each blow driving the spikes from the ‘crown’ ever deeper into His scalp. And all this before the actual crucifixion. They were just getting warmed up. But it was not the graphic detail which brought me to tears, but the sheer injustice of it! Jesus did not deserve this, and yet, He endured it for me.

Isaiah 53:5–7 tells us that “…he was pierced for our transgressions, he was crushed for our iniquities. the punishment that brought us peace was upon him, and by his wounds we are healed.”

He endured it for us; for my healing and for your healing from the contagion of sin. Even in the agony of His final moments, He begged for the forgiveness of the perpetrators of this crime— “Father, forgive them, for they do not know what they are doing.” How truly it is said that He is our advocate before the Father, for this prayer was prayed, not just for the soldiers who nailed Him to the cross, but for you, for me and for every other sinner for whom He died.

Jesus did not endure it passively. On the contrary, propelled inexorably by a love that I cannot imagine, He endured it willingly.

Back in the garden, Jesus made this crystal clear. Seeing Him arrested was more than Peter could take. In what can only be described as a fit of characteristic rashness, he drew his sword, slashing wildly in panic (that’s the only conclusion I can draw), and ended up cutting off somebody’s ear. For this, he was met with a rebuke. Jesus declared that if He had chosen to do so, the Father would have put at His disposal, ‘twelve legions of angels’ to prevent His arrest and execution (Matthew 26:51–54). Make no mistake, Jesus endured the cross willingly. This is what sets the suffering of Christ apart from all other human sufferings. He chose it and He chose it for our sake. His suffering is not passive; His submission, not weak.

Jesus endured the cross willingly. This is what sets the suffering of Christ apart from all other human sufferings... He chose it for our sake. Click To Tweet

That is why repentance must accompany faith. When God declares our sins forgiven and when we by faith appropriate His dying prayer for us, we realise the tremendous weight of our own sin. It was our hands that drove the nails in— though it was not the nails themselves, but rather, His love for us that actually kept Him on the cross. Our sins have been forgiven at a great cost.

I say all that to say this: True forgiveness is not weak, nor is it passive. When we extend God’s forgiveness of us— that Jesus earned on the cross— to others, as indeed we must, and say “I forgive you”, and mean it, it is an act of strong faith. It’s not just saying “It’s ok, it doesn’t matter, it's not that big a deal”, nor is it saying “Well my feelings are not important, so it’s okay that you walk all over me”. The fact is, it’s not okay. It’s never okay. Saying “I forgive you” is far from passive. It is an active declaration of faith.

When we say “I forgive you”, we simultaneously declare two things. First, we acknowledge the seriousness of the offence— serious enough to send Jesus to the cross. Second, we declare in faith that we believe that Jesus paid the penalty for the offence committed against us and that His payment is enough. We therefore, voluntarily relinquish the right for revenge. It isn’t weak and it isn’t passive. It takes courage and faith—but it’s powerful and liberating!

As Christians who have freely received God’s grace, we have no choice but to freely give it to others.

True forgiveness is not weak, nor is it passive. When we extend God’s forgiveness of us— that Jesus earned on the cross— to others, as indeed we must, and say “I forgive you”, and mean it, it is an act of strong faith. Click To Tweet