Paul’s Armour of God teaching stands as one of the most memorable passages in the New Testament. His use of the rich imagery of a Roman soldier’s physical warfare armour, beautifully illustrates the realities of a Christian’s spiritual armour.

In Part 1 of this series, we specifically looked at the first three pieces of armour mentioned: the belt of truth, the breastplate of righteousness and the feet ready with the gospel. Before continuing with the Shield of Faith, Helmet of Salvation and Sword of the Spirit, it is worth recapping an important point: this is God’s armour, not our own. The passage’s opening statement helps to put the rest into context: “…be strengthened by the Lord and by his vast strength” (Ephesians 6:10, CSB). Part 2 continues, therefore, by exploring the remaining spiritual armour that God has provided for us: faith, salvation, and the Word.

In every situation take up the shield of faith with which you can extinguish all the flaming arrows of the evil one.

Adam did not last long against the temptations of the devil. A simple questioning of God’s Word by the serpent (Genesis 3:1) was enough to convince Adam to choose to live his own way rather than God’s. The ramification of that decision saw Adam and Eve remove themselves from God’s protection— both spiritually and physically.

The Hebrews of the exodus fell foul to temptation too. As they waited impatiently for Moses to return from the mountain, they built a golden calf to worship and ended up wandering in the desert for 40 years. Adam, Eve and the Hebrews failed to truly believe the promise that God had given them. In other words, they lacked faith in God. They had no Shield of Faith to protect them from the attacks of the enemy.

Paul uses the image of flaming arrows, here in Ephesians 6:16, to depict such attacks. Imagine being on a battlefield facing an onslaught of flaming arrows, with no shield to protect you. This is what it is like for us when we are attacked by the devil and lack faith in God. We are completely vulnerable!

Like the Hebrews, Jesus was led into the wilderness to be tempted (Luke 4; Matthew 4), and just like Adam and Eve, Satan tempted Him by questioning and twisting God’s word. Jesus’ response, however, could not be more different. Unlike Adam and the Hebrews, when face to face with the enemy, Jesus had the Shield of Faith lifted high which proved impenetrable against the attack. No matter what temptation Satan used, Jesus demonstrated to all of humanity what it means to remain faith-full while under fire.Perhaps James summarises this best when he said “submit to God. Resist the devil, and he will flee from you” (James 4:7, CSB).

According to Paul, the key to resisting the devil is to use the shield of faith that God has given to us.

When face to face with the enemy, Jesus had the Shield of Faith lifted high which proved impenetrable against the attack. No matter what temptation Satan used, Jesus demonstrated to all of humanity what it means to remain faith-full while under fire. Click To Tweet

Take the helmet of salvation

We have already established that each piece of our spiritual warfare armour has been given to us by God. We are responsible to put on each piece of the armour— not in our own strength— but in His strength. Nowhere is this more the case than with our salvation. As it says in Titus, “he saved us —not by works of righteousness that we had done, but according to his mercy — through the washing of regeneration and renewal by the Holy Spirit.” (Titus 3:5, CSB)

Likewise, early in Ephesians, Paul declares that “you are saved by grace through faith, and this is not from yourselves; it is God’s gift — not from works, so that no one can boast” (Ephesians 2:8-9, CSB). This is the very heart of the Gospel. Of our own accord, we can do nothing to achieve our salvation. Rather, God has made salvation available to us through the sacrifice of Christ on the cross.

The roman soldier’s helmet was called a “galea” and it served the important role of protecting the eyes, ears, neck, and brain. Paul’s message seems to be that if we have been saved by God (born again), we can go into spiritual battle confidently, knowing that we are fully protected by God’s power to save.

Sword of the Spirit

…the sword of Spirit — which is the word of God.

Earlier, we looked at the way in which Jesus used the Shield of Faith to resist the attacks and temptations of the enemy. In conjunction with the shield, Jesus utilised another powerful spiritual weapon: the Sword of the Spirit which is the Word of God. When Satan tempted the fasting Jesus with food, Jesus quoted Deuteronomy: “It is written: Man must not live on bread alone” (Luke 4:4; Deuteronomy 8:3, CSB). When he then asked to Jesus to worship him in exchange for the splendour of every worldly kingdom, Jesus again quoted the Scriptures: “It is written: Worship the Lord your God, and serve him only” (Luke 4:8; Deuteronomy 6:13, CSB). Finally, when Satan twisted Scripture, tempting Jesus to abuse His authority by testing His Father, Jesus once again quoted Deuteronomy: “It is written: Do not test the Lord your God” (Luke 4:12; Deuteronomy 6:16, CSB). Through the use of the Sword of the Spirit (God’s Word), Jesus was victorious and Satan had no option but to depart from Him.

The author of Hebrews attests to this same power of the Word: “For the word of God is living and effective and sharper than any double-edged sword, penetrating as far as the separation of soul and spirit, joints and marrow. It is able to judge the thoughts and intentions of the heart” (Hebrews 4:12, CSB). This scripture reveals the depth of the power of the Word of God. It is “sharper than any two-edged sword”. A two-edged sword was a deadly weapon used by Roman soldiers for close combat. It was sharpened on both sides so it could cut both ways. Likewise, as proven first-hand by Jesus when tempted by the devil, the Word of God is a deadly weapon in close combat spiritual warfare. It is able to separate truth from lies and God’s ways from the ways of the world. Paul details this in his second letter to Timothy when he says that “from infancy you have known the sacred Scriptures, which are able to give you wisdom for salvation through faith in Christ Jesus. All Scripture is inspired by God and is profitable for teaching, for rebuking, for correcting, for training in righteousness…” (2 Timothy 3:16-17, CSB)

As proven first-hand by Jesus when tempted by the devil, the Word of God is a deadly weapon in close combat spiritual warfare. It is able to separate truth from lies and God’s ways from the ways of the world. Click To Tweet

Pray at all times in the Spirit with every prayer and request, and stay alert with all perseverance and intercession for all the saints. Pray also for me, that the message may be given to me when I open my mouth to make known with boldness the mystery of the gospel. For this I am an ambassador in chains. Pray that I might be bold enough to speak about it as I should.

If there is one thing to say about spiritual warfare, it is that it always requires prayer and perseverance. Paul knew that he was preaching to the choir here. Since the birth of the Ephesian church, the Christians in the city had faced obstruction and persecution (Acts 19). Paul is no stranger to persecution either. He refers to himself in this passage as “an ambassador in chains.” This is why Ephesians is often referred to as one of the Prison Epistles, because Paul is writing the letter from his prison cell in Rome. Understanding Paul’s location gives this passage an even greater depth and authority. What then is Paul’s key to perseverance through trials and persecution? Prayer. He implores the members of the church in Ephesus to turn to prayer and intercession. As James says, “Consider it a great joy, my brothers and sisters, whenever you experience various trials, because you know that the testing of your faith produces endurance. And let endurance have its full effect, so that you may be mature and complete, lacking nothing.” (James 1:2-4, CSB)

Paul’s conclusion to this passage on spiritual warfare is simple, yet powerful: When we face spiritual battles and attacks from the enemy, we must turn to God in prayer. He is the one who is able to clothe us in spiritual armour and He is the one who will give us the strength to persevere and endure.

Jesus is the Only Way (Part 2) 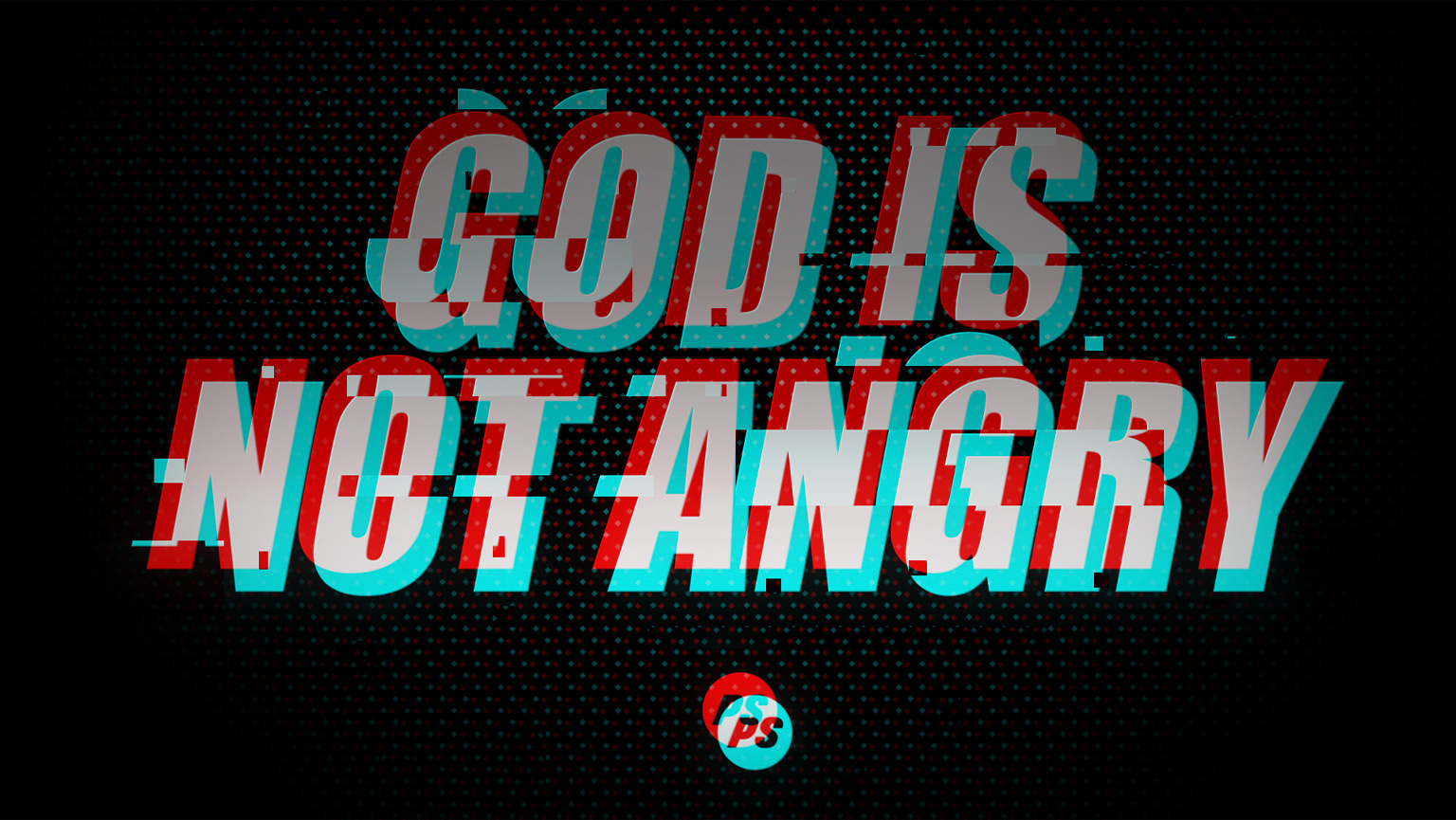 God Is Not Angry 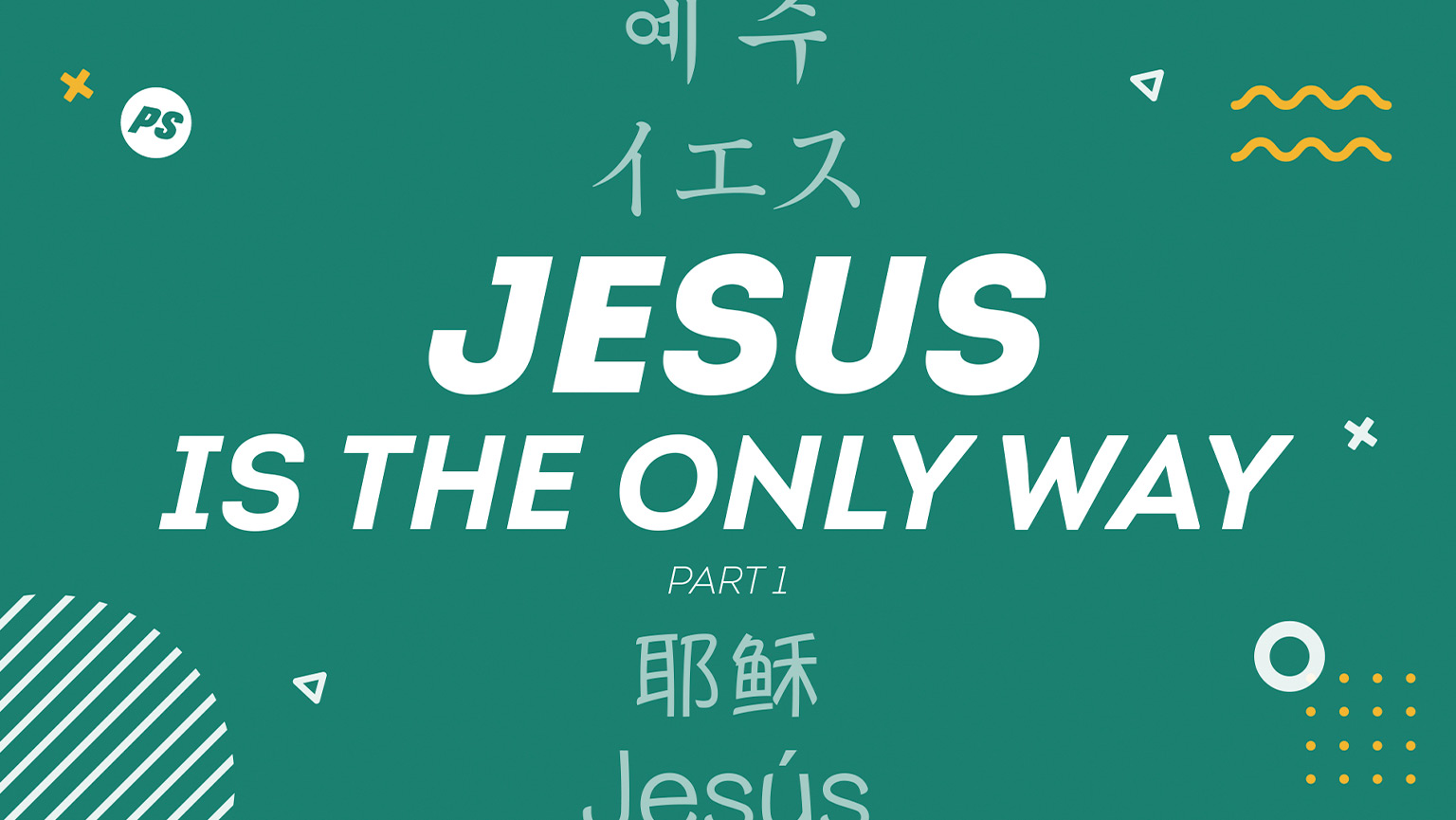 Jesus is the Only Way (Part 1)

Finding The Supernatural Solution to Your Problem 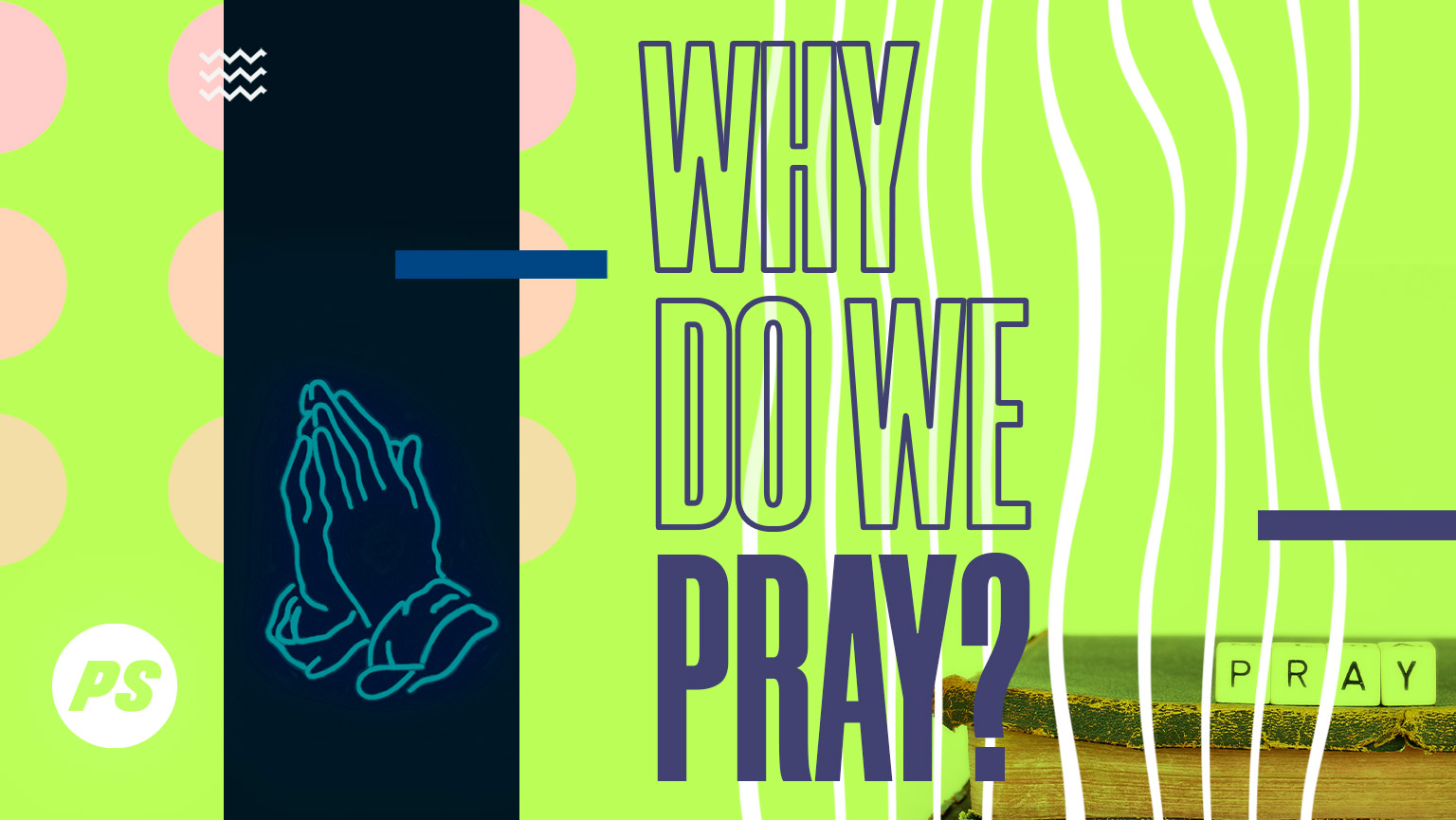 Why do we pray? 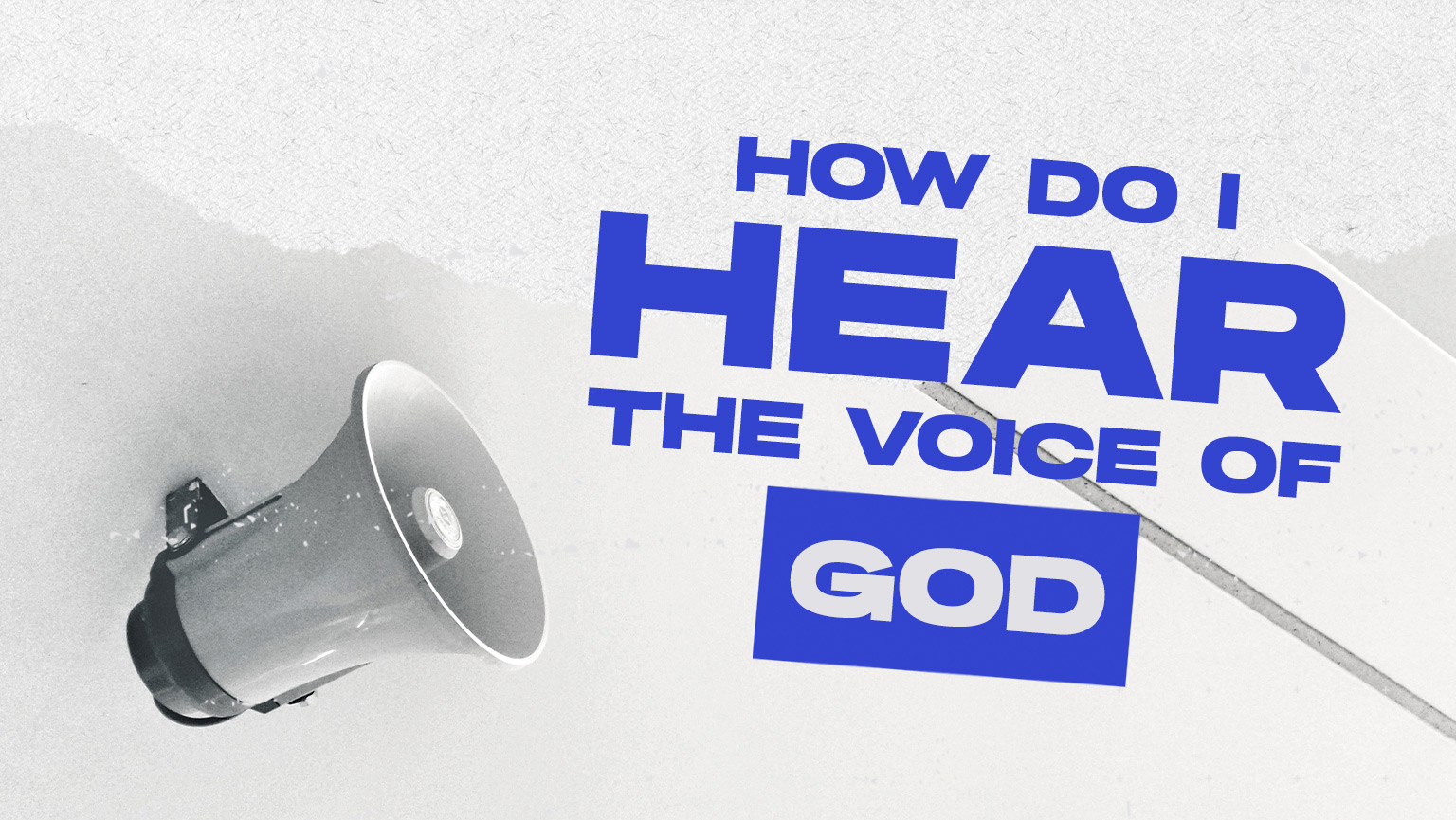 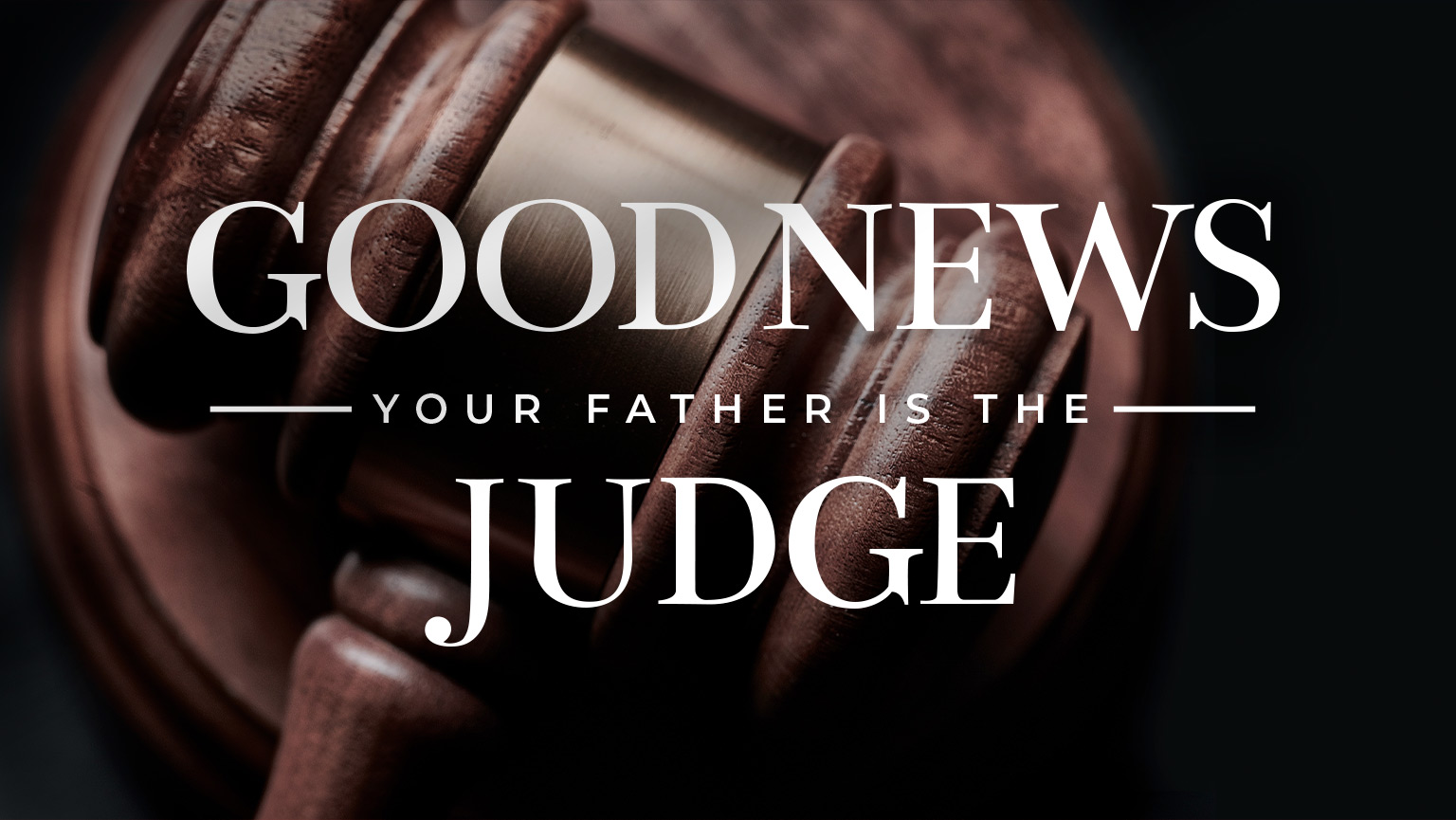 Good News – Your Father is the Judge! 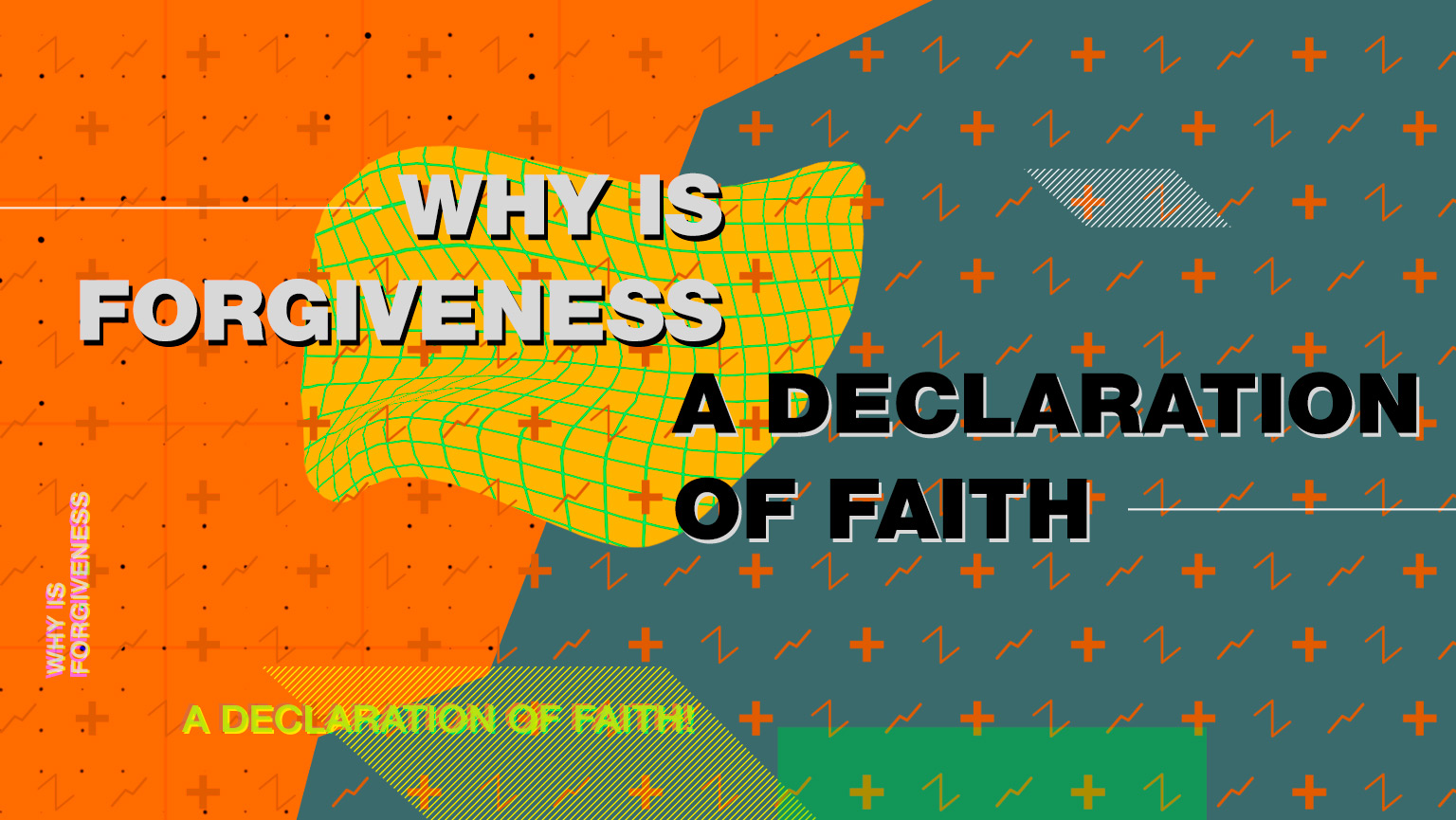 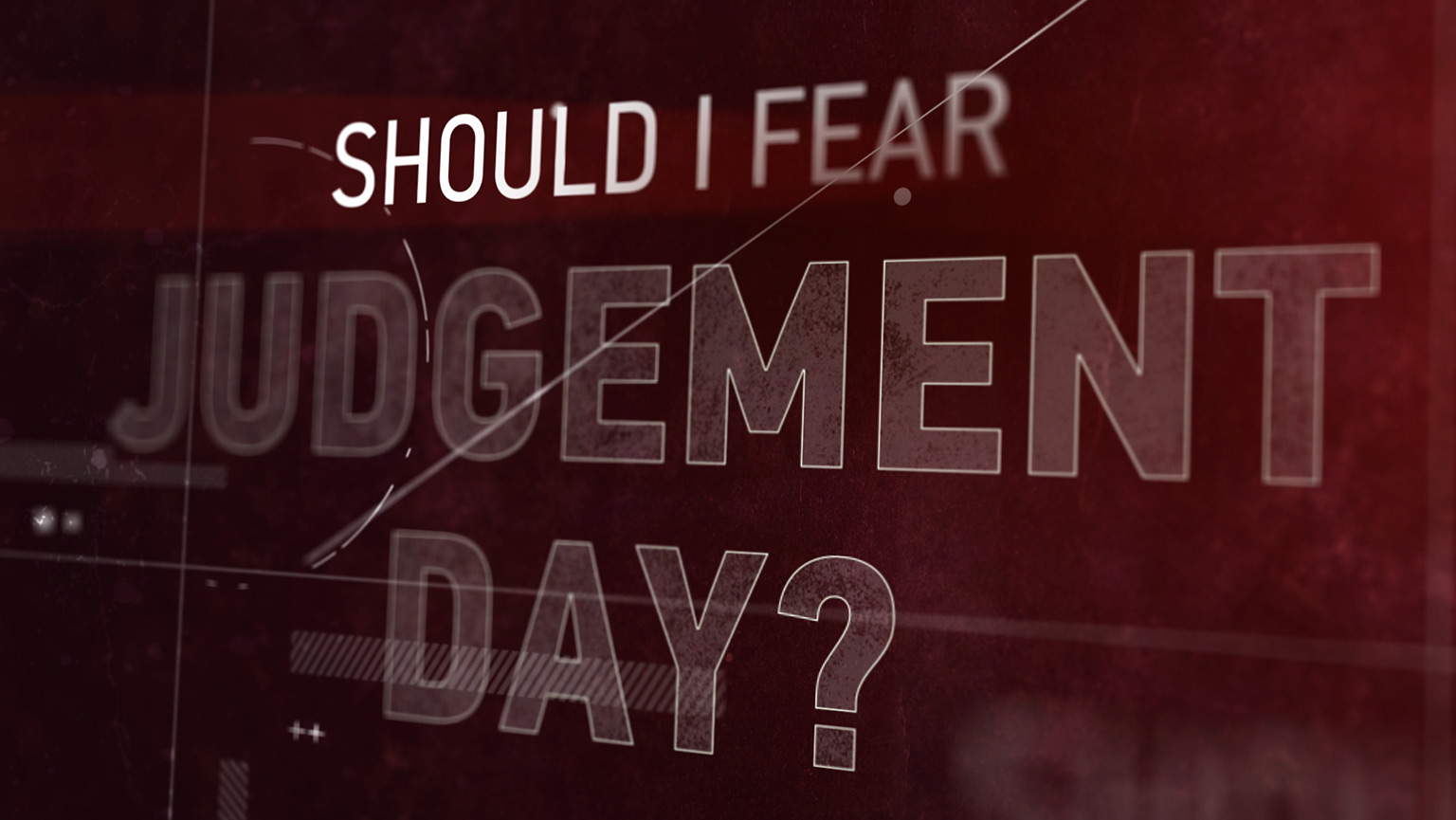 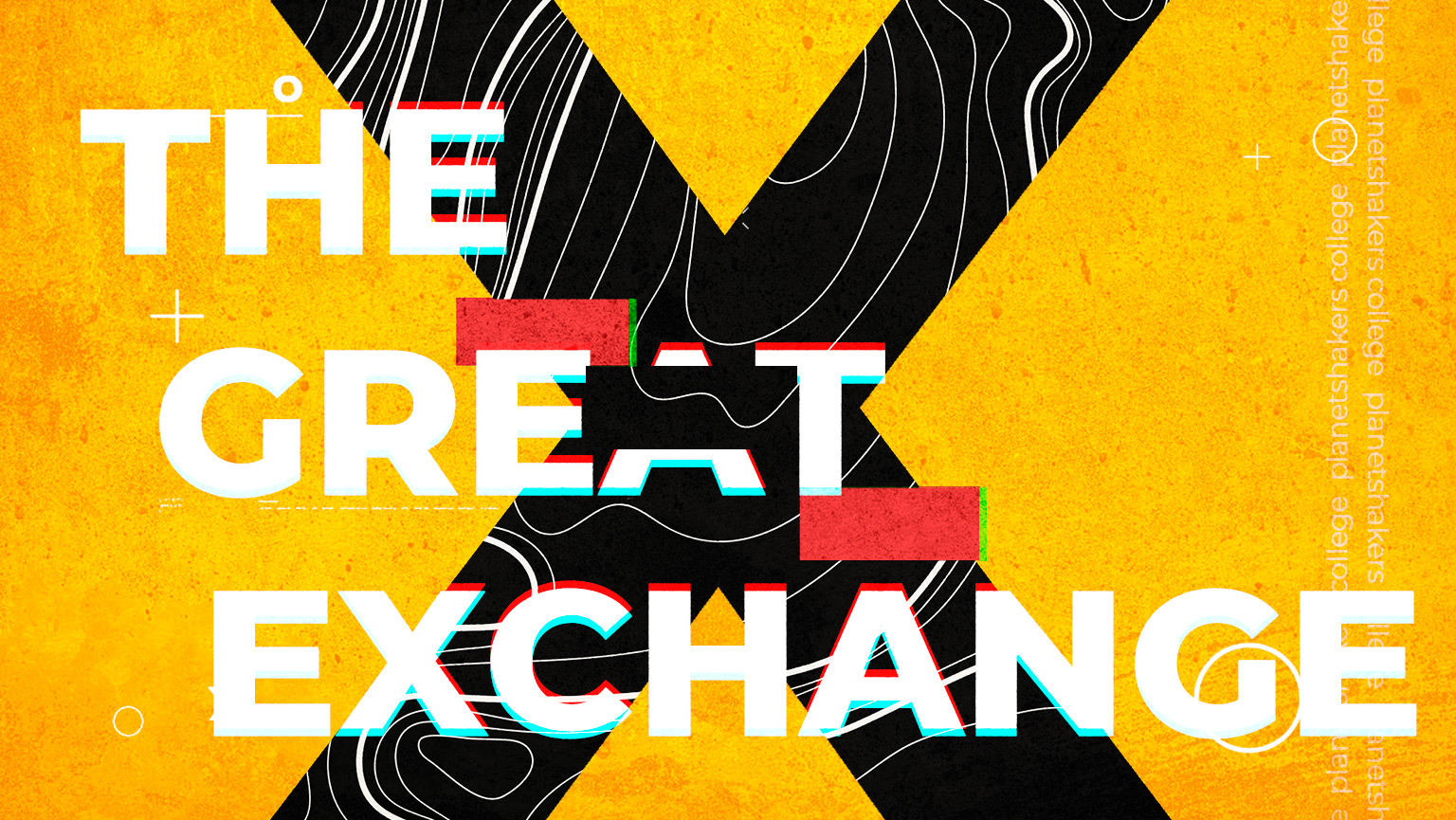 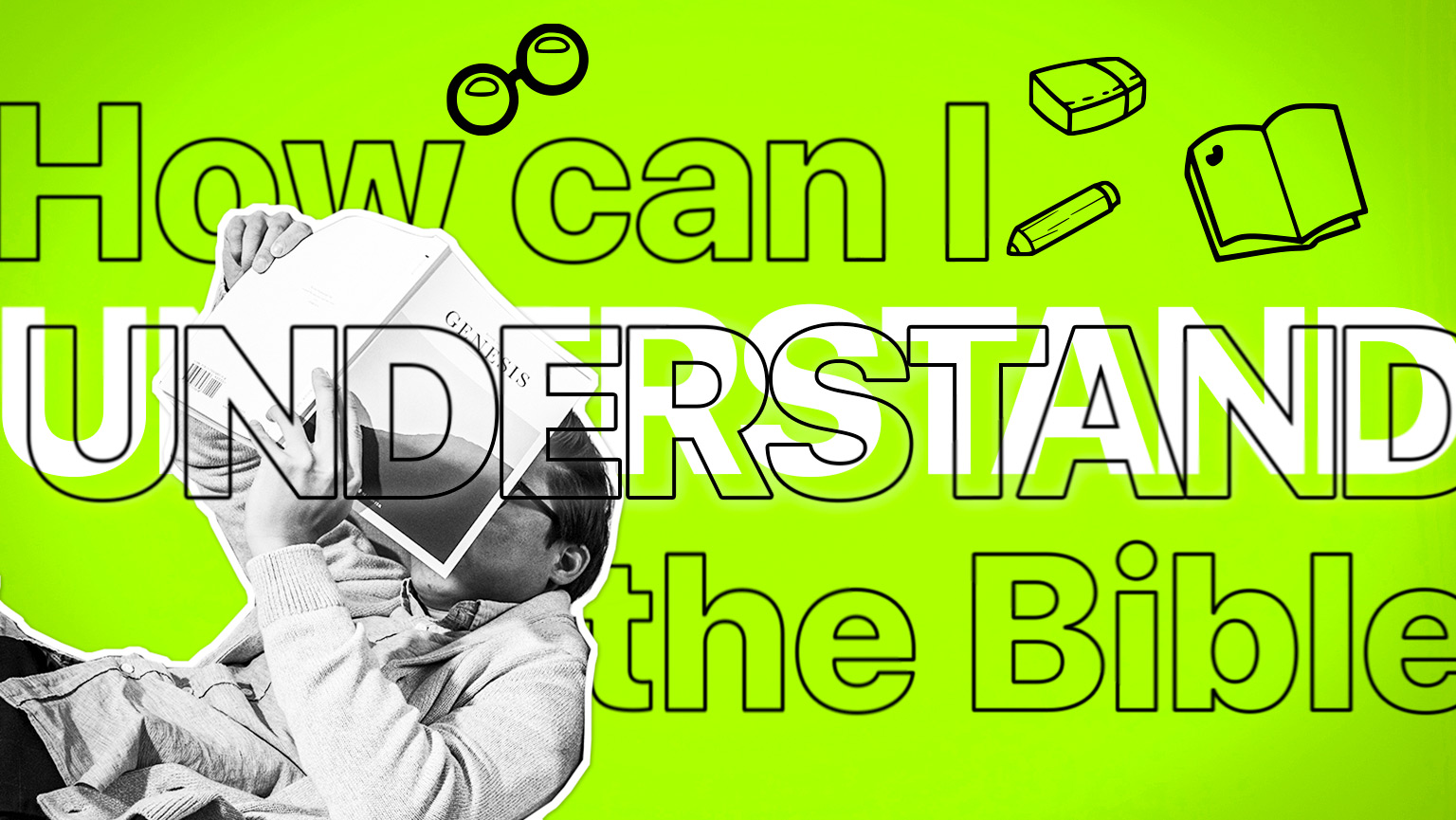 How Can I Understand The Bible?

Contentment is a Choice 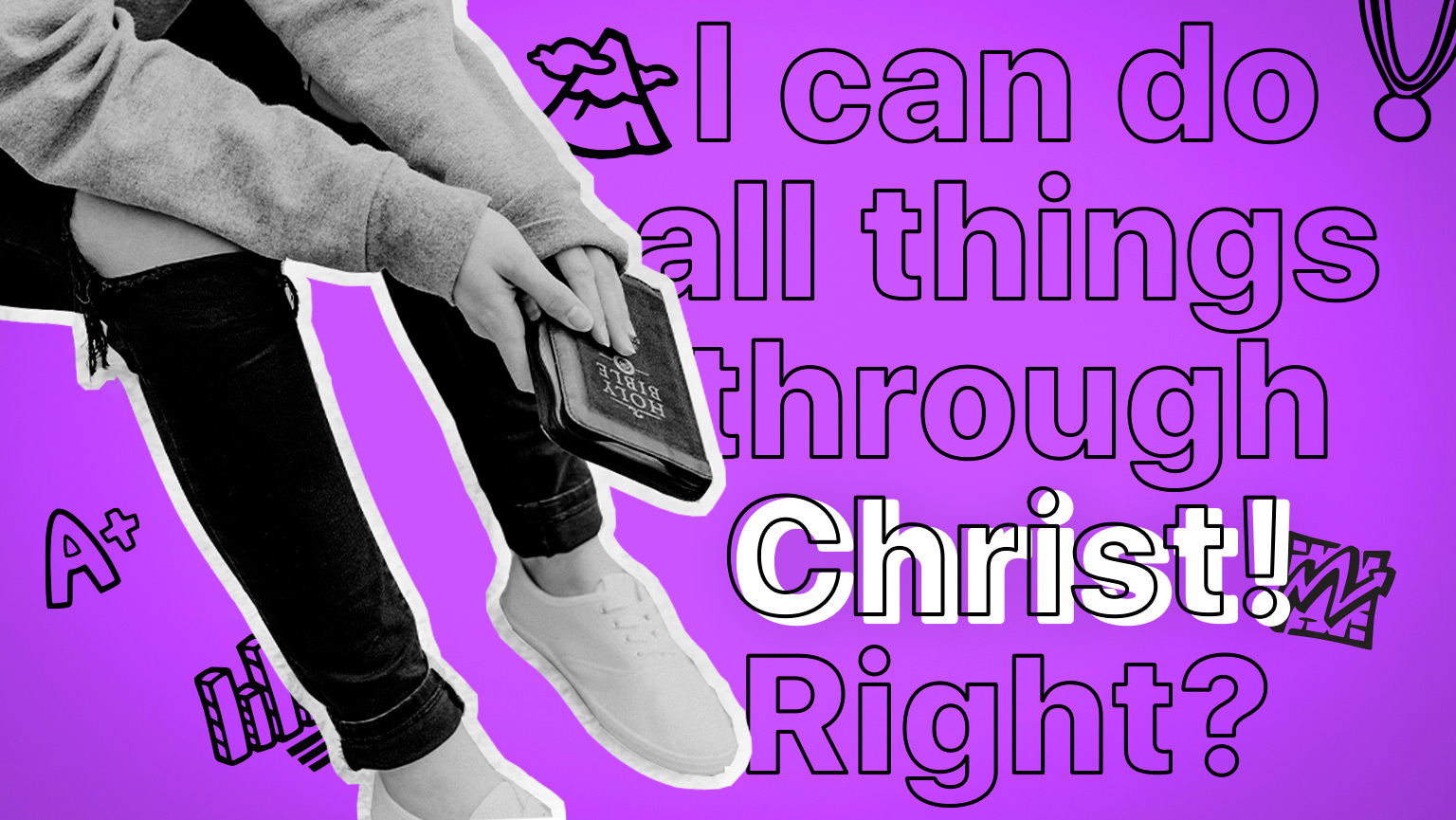 I Can Do All Things Through Christ! Right? 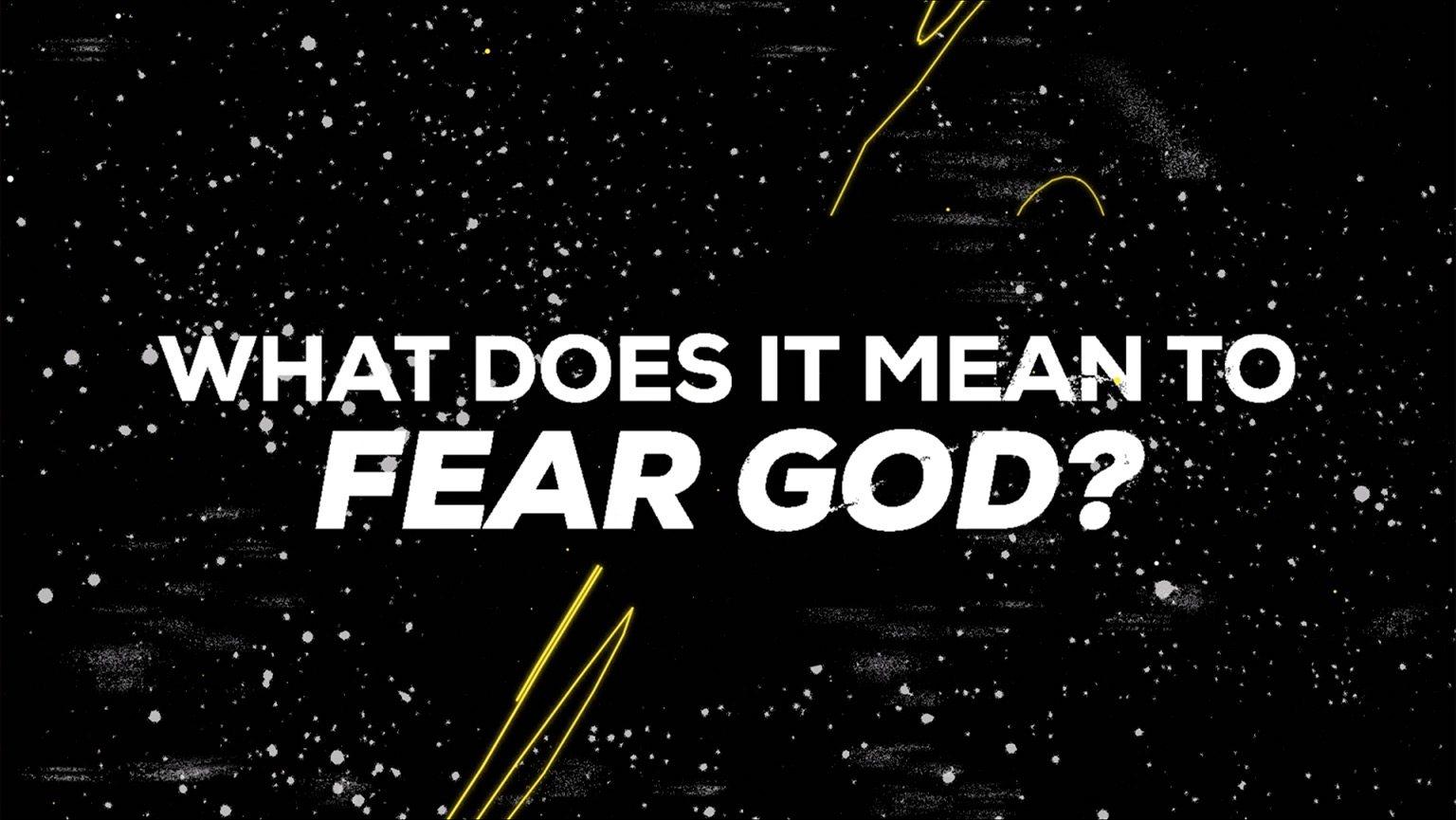 What Does It Mean To Fear God? 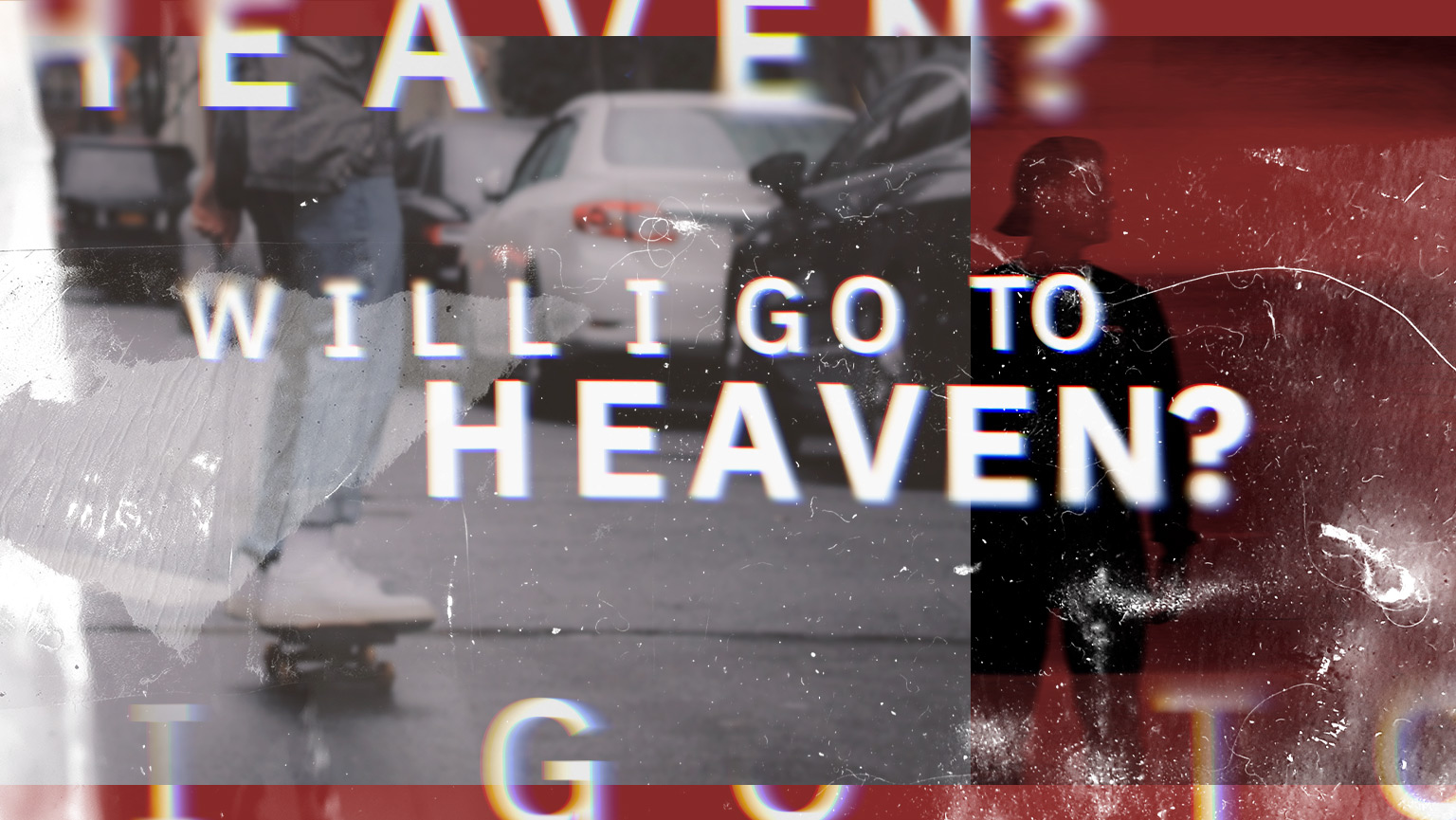 Will I Go To Heaven?