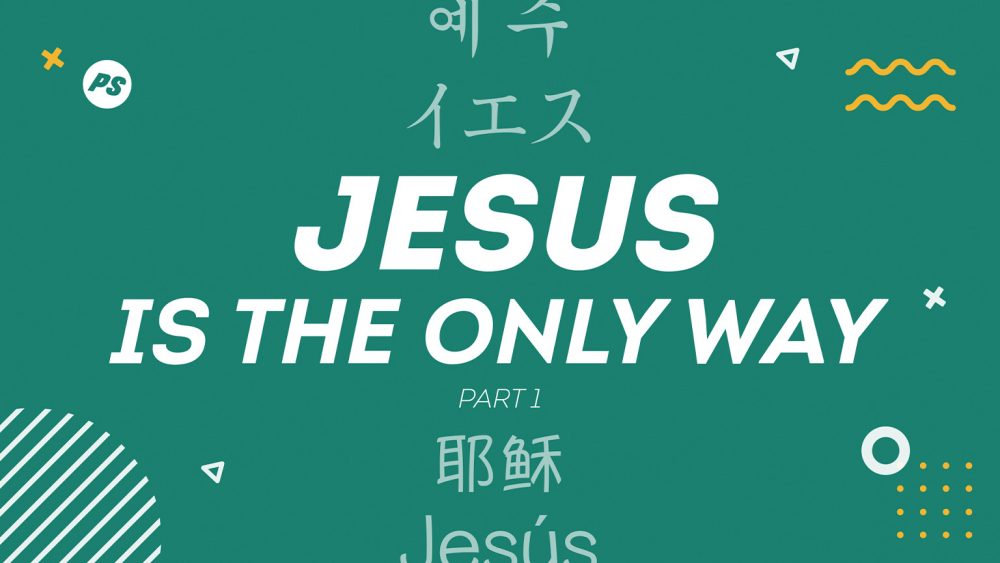 Jesus is the Only Way

Sorry to be Exclusive

One of Christianity’s most enduring and influential hymns, Amazing Grace, was written by John Newton, a man who as a former slave trader had been the cause of untold misery and suffering to tens of thousands of people prior to his conversion. If anybody was an unlikely candidate for, well, ‘amazing grace’, it was him (and that’s kind of the point of the song).

Those of us who are Christians, of all people, cannot and should not ever claim that any person (or type of person for that matter) is beyond the reach of God’s redeeming love.

But on the other hand, Christianity is an exclusive faith, and, might I say, counter culturally-so, in this day and age.

There is only one Way. Only one Truth. Only one Life. This means that every other way is a dead-end, every other truth is superseded and no other life is worth living.

This truth is found in John 14:6. Jesus had been reassuring His disciples by telling them that He was going to His Father’s house to prepare a place for them and that He would surely return to take them to be with Him. At the end of John 14:4, Jesus says to them, “you know where I am going, and you know the way.” Thomas answered (it would have to be Thomas, wouldn’t it?) “Lord, we don’t even know where you are going, so how can we know the way?” Jesus answered with those famous words, “I am the way, the truth and the life. No one comes to the Father except by me.”
There is only one Way. Only one Truth. Only one Life. This means that every other way is a dead-end, every other truth is superseded and no other life is worth living. Click To Tweet

Thomas was hung up on the destination and the directions, but Jesus was talking about destiny and dependence. When Jesus told them that they knew where He was going, He was referring to what He had already told them. He was going to the Father. That is ultimately where He was leading each one of them and is leading each one of us. And that is all that they needed to know. When He told them that they already knew the way, He was not referring to the path of their natural life that they would travel to its end. Little did they know that the way ahead for each man listening to those words involved trials and triumphs, suffering and glory, and in all but John’s case, a horrific death. But those were just the details. He was not telling them about that. He was referring to Himself, the living Way to the ultimate destiny of relationship with the Father.

Are you sure of the road you’re taking, friends? Is Jesus your only way?