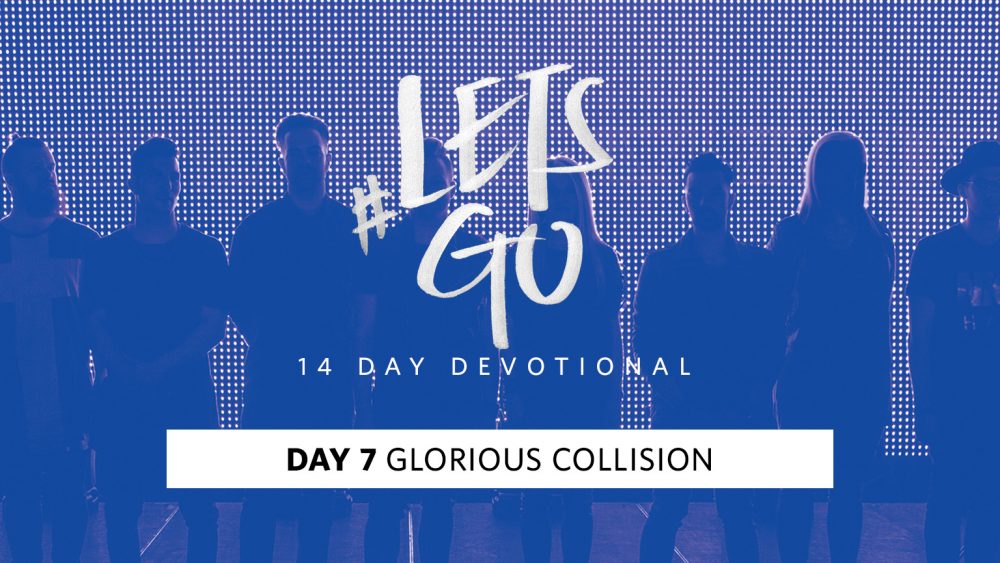 The song “Glorious Collision” paints a picture of this story in Luke 7. Jesus had just come from performing a miracle and as He was entering a town called Nain with a large crowd of people, He sees a funeral procession exiting. Here we see a completely joyous group of people that have just seen the centurion’s servant healed going one way, and a depressed, sorrowful and grief-stricken group coming the other way. What happens next is a glorious collision. Jesus demonstrates his great compassion and completely turns the situation around by raising the young boy from the dead. Immediately, sorrow turned to joy, and an atmosphere of praise overtook an atmosphere of death. What an incredible story!

The Bible says that Jesus’ heart went out to the grieving mother as he saw the funeral procession. Today, reflect on the fact that Jesus is for you; his heart goes out to you! He sees it all, the good and the bad, and he is moved by the things that move you. Pray for a new revelation of this love.

So Jesus went with them. But just before they arrived at the house, the officer sent some friends to say, “Lord, don’t trouble yourself by coming to my home, for I am not worthy of such an honor. I am not even worthy to come and meet you. Just say the word from where you are, and my servant will be healed. I know this because I am under the authority of my superior officers, and I have authority over my soldiers. I only need to say, ‘Go,’ and they go, or ‘Come,’ and they come. And if I say to my slaves, ‘Do this,’ they do it.”
When Jesus heard this, he was amazed. Turning to the crowd that was following him, he said, “I tell you, I haven’t seen faith like this in all Israel!” And when the officer’s friends returned to his house, they found the slave completely healed.
Soon afterward Jesus went with his disciples to the village of Nain, and a large crowd followed him. A funeral procession was coming out as he approached the village gate. The young man who had died was a widow’s only son, and a large crowd from the village was with her. When the Lord saw her, his heart overflowed with compassion. “Don’t cry!” he said. Then he walked over to the coffin and touched it, and the bearers stopped. “Young man,” he said, “I tell you, get up.” Then the dead boy sat up and began to talk! And Jesus gave him back to his mother.>