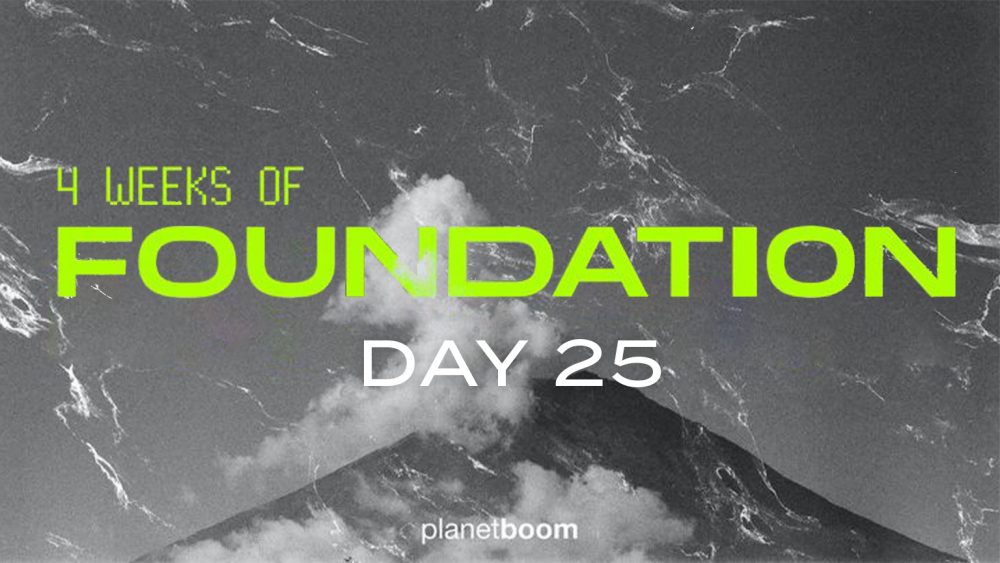 To plant something means, 'to put a seed, plant or bulb in the ground so that it can grow.' I love this. This is God's heart for us: to be planted in the House of God. Why? So that we can grow. Believe it! God wants you to flourish! It might seem a little strange but if you think of yourself as a seed—full of life, full of potential, full of purpose,then it matters where you choose to plant yourself. The Bible teaches us that by choosing to plant ourselves in God's house, we will bear much fruit! We will flourish in every season of life and become all that God has created us to be, fulfilling the potential on the inside of us. So, practically what does that look like? It starts by attending & being part of UL/Boom/Sundays... but it needs to get deeper than just showing up! We need to go on to build strong relationships, create family with others, get involved and serve wherever we can, and allow the roots of our lives to go down deep. Being planted in God's house is about making it a priority for life! We sow our lives (like seeds) with our time, our resource, our gifts and our heart into His church. Then, when the storms of life come, and sadly they will, we will not be uprooted because we've dug deep! We can stand tall and grow no matter what. Ask the Holy Spirit today to give you a revelation of the importance of God's House and make a fresh decision today to plant yourself. I am believing that as you do that, you are going to grow and see fruit in every area of your life!

But the godly will flourish like palm trees and grow strong like the cedars of Lebanon. For they are transplanted to the LORD’s own house. They flourish in the courts of our God. Even in old age they will still produce fruit; they will remain vital and green. They will declare, “The LORD is just! He is my rock! There is no evil in him!”

A single day in your courts is better than a thousand anywhere else! I would rather be a gatekeeper in the house of my God than live the good life in the homes of the wicked.

Later that same day Jesus left the house and sat beside the lake. A large crowd soon gathered around him, so he got into a boat. Then he sat there and taught as the people stood on the shore. He told many stories in the form of parables, such as this one: “Listen! A farmer went out to plant some seeds. As he scattered them across his field, some seeds fell on a footpath, and the birds came and ate them. Other seeds fell on shallow soil with underlying rock. The seeds sprouted quickly because the soil was shallow. But the plants soon wilted under the hot sun, and since they didn’t have deep roots, they died. Other seeds fell among thorns that grew up and choked out the tender plants. Still other seeds fell on fertile soil, and they produced a crop that was thirty, sixty, and even a hundred times as much as had been planted!