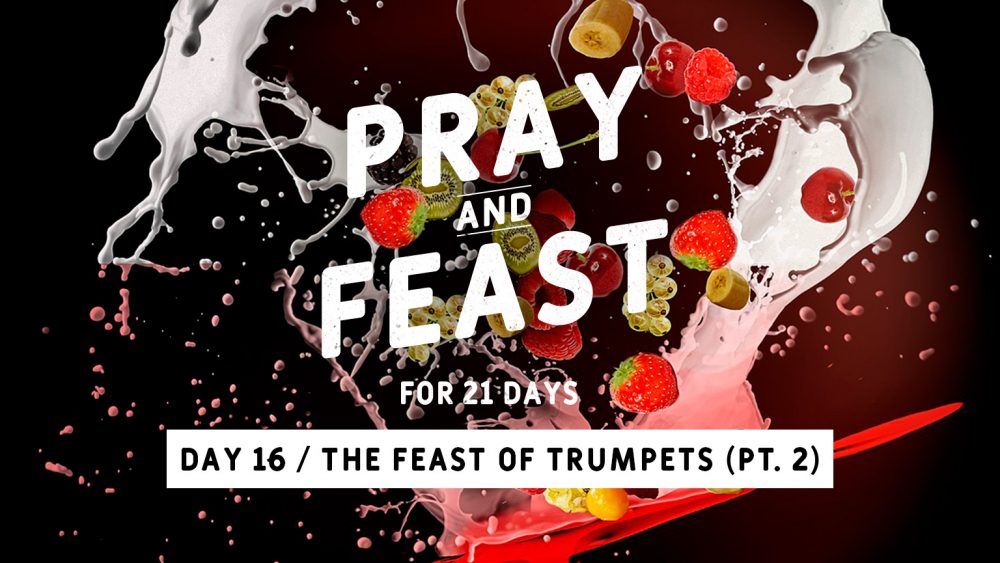 This is where the walls come down

We learned yesterday about the importance of rest - not just physical rest for the body, but the deep spiritual rest that only comes from God. When we cease from physical work to take a break and rejuvenate, there may be a sense of fulfilment and entitlement – we have earned it. But when we enter into the rest that Jesus gives, there is a deep sense of gratitude. We can never work to earn it and do not deserve it. We rest because of the completed work that Jesus has done. With physical rest, the correct pattern is work first, then rest. But in Christ we rest first because of the work He has already done. This rest gives purpose and fruitfulness to all of our work, which would frankly be unfruitful without it. Jesus said “without me, you can do nothing” (John 15:5).

But why the second aspect of the feast – the blowing of trumpets? In scripture, trumpets were used to sound a warning (e.g. Joel 2:1), to herald or bring honor to a king or other important person (e.g. 1 Kings 1:39; Matthew 6:2), to warn people (e.g. Ezekiel 33:3), or to summon or gather people (e.g. Numbers 10:1 – 7). Because they demanded attention, trumpets were also used in battle, to rally troops, commence a battle or declare a victory. What is significant in today’s verse is that the word that is used for the blowing of trumpets, the Hebrew word rua, is the same word that is used for the SHOUT of victory that the children of Israel were commanded to give at the walls of Jericho.

You see, this true spiritual rest that I’m talking about is not necessarily passive and relaxing. It is a place of intimacy and dependence on the Holy Spirit where He can speak to us, commanding us to action. This was the case with the children of Israel before the walls of Jericho. God was very clear in his command. The people were not to fight in their own strength or with their own strategy. They were commanded to be silent, to march, to rest, to march again, and again, and again. Finally, they were to shout, to rua. God wanted to prove to His people once and for all that the battle was His and not theirs. And so the feast of trumpets was a yearly reminder for God’s people of all the victories that He had won for them, and that these victories did not happen when they fought in their own strength but when they trusted in His and acted in simple obedience to His command.

We believe in the power of the SHOUT. When we raise our voices in praise and declare God’s victory in advance, “this is where the walls come down!”

So today as we think about the feast of trumpets, remember to rest in His completed work. But remember also to ‘blow the trumpets’. Tell others about God’s goodness to you. And shout His victory before it has happened.

Father, today I praise You for all You have done and for all that You are going to do. Thank You that I do not need to worry. I praise You in advance because this battle is not mine, but Yours.

Speak to the children of Israel, saying: ‘In the seventh month, on the first day of the month, you shall have a sabbath-rest… a memorial of blowing trumpets, a holy convocation.’