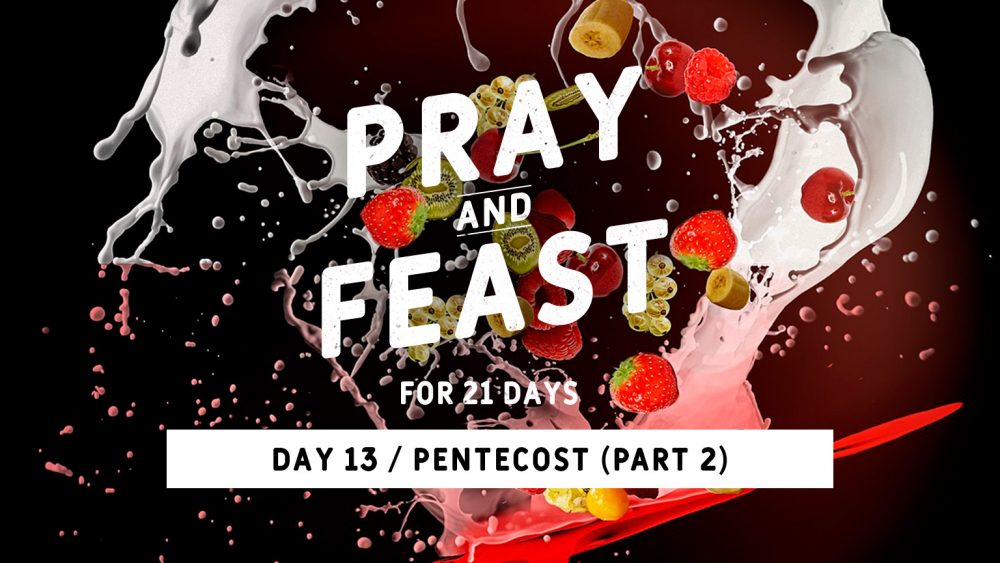 The empowerment of the Holy Spirit

In the last devotion, we read about how Pentecost means that the Holy Spirit is always with us. This is certainly something we can be thankful for, but there is even more worth celebrating. When the Holy Spirit comes upon us like He did at Pentecost, He empowers us to do all that God has called us to do. In Matthew 28:19-20, Jesus gives His disciples the Great Commission - to go into all the world and make disciples. However, God does not require us to do this in our own strength.

After the baptism of the Holy Spirit in Acts 2, a miracle occurs almost immediately. The disciples who have been baptised in the Holy Spirit begin to testify about God miraculously in languages that they did not know. As a result, the people from various countries in the crowd could all understand. In fact, this miracle was so powerful that 3,000 were saved and baptised that day! (Acts 2:41) The call that Jesus has for His disciples to preach the gospel in all the world can seem very intimidating or even impossible. But with God, nothing is impossible. He has given us the Holy Spirit who empowers us to do all that God has called us to do. As we continue in this time of prayer and feasting, let us be thankful that the Holy Spirit has empowered and equipped us to do great things for Him!

I thank You, God, that You have not only given me a purpose and calling, but that You have empowered me to live out that calling. I ask that You would fill me afresh with Your Spirit once again.

There were Jews living in Jerusalem, devout men from every nation under heaven. When this sound occurred, a crowd came together and was confused because each one heard them speaking in his own language. And they were astounded and amazed, saying, “Look, aren’t all these who are speaking Galileans? How is it that each of us can hear in our own native language? Parthians, Medes, Elamites; those who live in Mesopotamia, in Judea and Cappadocia, Pontus and Asia, Phrygia and Pamphylia, Egypt and the parts of Libya near Cyrene; visitors from Rome, both Jews and proselytes, Cretans and Arabs — we hear them speaking the magnificent acts of God in our own languages.” They were all astounded and perplexed, saying to one another, “What could this be? ” But some sneered and said, “They’re full of new wine! ” But Peter stood up with the Eleven, raised his voice, and proclaimed to them: “Men of Judah and all you residents of Jerusalem, let me explain this to you and pay attention to my words. For these people are not drunk, as you suppose, since it’s only nine in the morning. On the contrary, this is what was spoken through the prophet Joel: And it will be in the last days, says God, that I will pour out My Spirit on all humanity; then your sons and your daughters will prophesy, your young men will see visions, and your old men will dream dreams. I will even pour out My Spirit on My male and female slaves in those days, and they will prophesy.