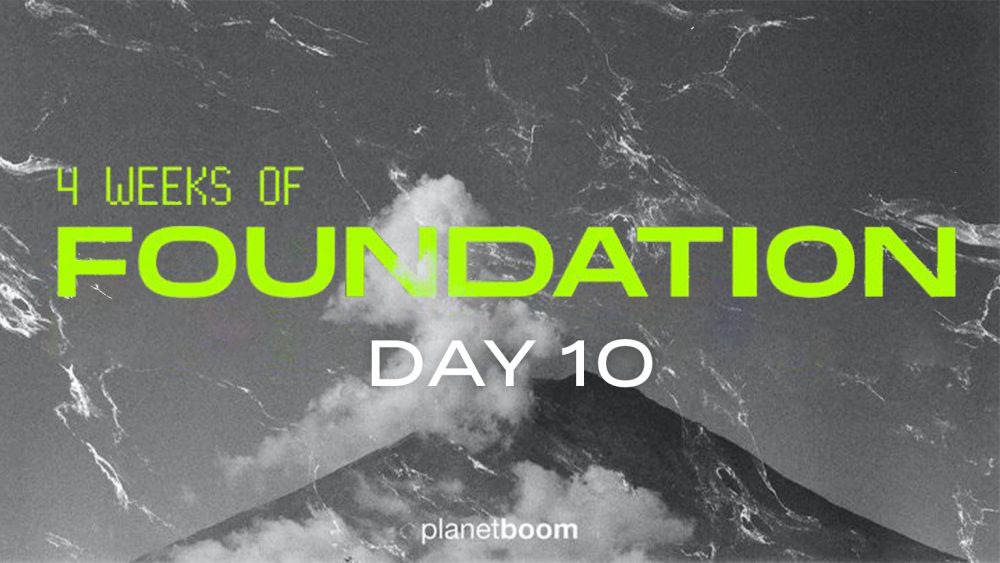 Bit of a negative title, especially after yesterday, but it's SO important for us to understand this about ourselves! Who I am without God is completely broken and unable to fix myself. My brokenness is called sin. Sin separates me from a holy God, and anything that's separated from God is broken and dies. Adam & Eve sinned in the Garden and their sinful nature has been passed on to every generation since. Every person that has ever lived since (except for Jesus), has been born as a sinner. I have to know this about myself because if I realise that I'm broken without God, then I will realise that I am in need of God! No matter how hard I try, I can't fix life's biggest problem myself. I am a sinner... I am broken... I need a Saviour! And this is where it gets really good: Jesus came to save us from our sins, bring us back to God and literally fix our brokenness. Being aware of my brokenness actually reveals the strength of God's love for me at a whole new level. He loved me even at my worst. As we read yesterday - "While we were still sinners - Christ died for us." Today as you read these scriptures, don't think about your past failing, but realise & be reminded of how much you need God & put your faith in the Saviour again!

The serpent was the shrewdest of all the wild animals the LORD God had made. One day he asked the woman, “Did God really say you must not eat the fruit from any of the trees in the garden?” “Of course we may eat fruit from the trees in the garden,” the woman replied. “It’s only the fruit from the tree in the middle of the garden that we are not allowed to eat. God said, ‘You must not eat it or even touch it; if you do, you will die.’” “You won’t die!” the serpent replied to the woman. “God knows that your eyes will be opened as soon as you eat it, and you will be like God, knowing both good and evil.” The woman was convinced. She saw that the tree was beautiful and its fruit looked delicious, and she wanted the wisdom it would give her. So she took some of the fruit and ate it. Then she gave some to her husband, who was with her, and he ate it, too. At that moment their eyes were opened, and they suddenly felt shame at their nakedness. So they sewed fig leaves together to cover themselves. When the cool evening breezes were blowing, the man and his wife heard the LORD God walking about in the garden. So they hid from the LORD God among the trees. Then the LORD God called to the man, “Where are you?” He replied, “I heard you walking in the garden, so I hid. I was afraid because I was naked.” “Who told you that you were naked?” the LORD God asked. “Have you eaten from the tree whose fruit I commanded you not to eat?” The man replied, “It was the woman you gave me who gave me the fruit, and I ate it.” Then the LORD God asked the woman, “What have you done?” “The serpent deceived me,” she replied. “That’s why I ate it.”

As the Scriptures say, “No one is righteous— not even one. No one is truly wise; no one is seeking God. All have turned away; all have become useless. No one does good, not a single one.”

For everyone has sinned; we all fall short of God’s glorious standard.

Yet it was our weaknesses he carried; it was our sorrows that weighed him down. And we thought his troubles were a punishment from God, a punishment for his own sins! But he was pierced for our rebellion, crushed for our sins. He was beaten so we could be whole. He was whipped so we could be healed. All of us, like sheep, have strayed away. We have left God’s paths to follow our own. Yet the LORD laid on him the sins of us all.

God blesses those who are poor and realize their need for him, for the Kingdom of Heaven is theirs.