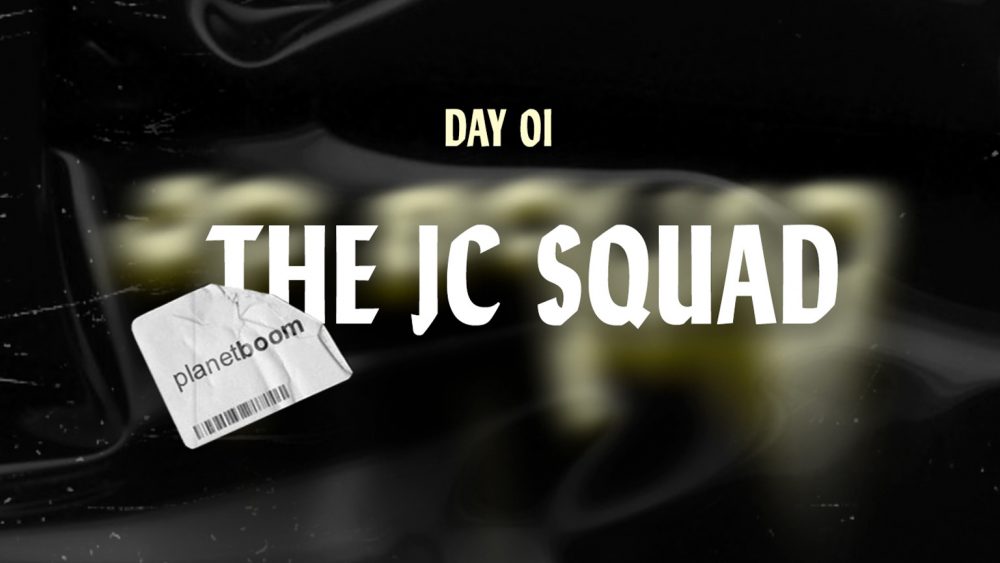 God had a plan from the beginning… Before me & you, before viruses, before sickness at all, before Adam & Eve in the garden, even before the world was created… It was always about Jesus. He was never God’s “plan B”, He IS THE story… The headline for eternity… The centre of everything… The beginning and the end. It’s always been about Jesus. But get this... if Jesus Christ was always the plan, then the Body of Christ was too. I’m talking about me and you. I’m talking about the Church. It’s not just a building or an organisation or a good idea.. This was God’s idea from the beginning. The church is His Bride, His Body, His Family, His Army… we are the JC Squad. The Bible tells us that Jesus is the head of His church…we are His Squad.. and Jesus Himself said that He was gonna build His church, and that not even hell could stop it. (Matthew 16:18)

Did you know that you are part of something so significant? The church was God’s eternal plan to show the world what He is like. But it gets better… He’s chosen you to be part of it. Can I invite you to join us for the next week as we read about who the JC Squad is? Maybe your understanding of what the church should be is based off someone else’s opinion or perspective.. But now it’s time to ask God to speak to your heart from His word, & to reveal to you what He calls a “great mystery” (Ephesians 5:32).. The eternal plan.. of Jesus & His church. The JC Squad.

God has put all things under the authority of Christ and has made him head over all things for the benefit of the church. And the church is his body; it is made full and complete by Christ, who fills all things everywhere with himself.

God’s purpose in all this was to use the church to display his wisdom in its rich variety to all the unseen rulers and authorities in the heavenly places. This was his eternal plan, which he carried out through Christ Jesus our Lord.

<strong>Christ Is Supreme</strong>
Christ is the visible image of the invisible God.
He existed before anything was created and is supreme over all creation,
for through him God created everything
in the heavenly realms and on earth.
He made the things we can see
and the things we can’t see—
such as thrones, kingdoms, rulers, and authorities in the unseen world.
Everything was created through him and for him.
He existed before anything else,
and he holds all creation together.
Christ is also the head of the church,
which is his body.
He is the beginning,
supreme over all who rise from the dead.
So he is first in everything.
For God in all his fullness
was pleased to live in Christ,
and through him God reconciled
everything to himself.
He made peace with everything in heaven and on earth
by means of Christ’s blood on the cross.

This includes you who were once far away from God. You were his enemies, separated from him by your evil thoughts and actions. Yet now he has reconciled you to himself through the death of Christ in his physical body. As a result, he has brought you into his own presence, and you are holy and blameless as you stand before him without a single fault.