The 7 Lessons of Jericho

We often speak about the Promised Land in the Bible; the place flowing with milk and honey that God promised to the Children of Israel after rescuing them from their captivity in Egypt. However, before they could enter into and occupy this lush and prosperous land, they had to first find a way to conquer a tall and intimidating wall that surrounded Jericho and stood between them and their promise.

In Joshua 6:2, we are told that the gates to Jericho were tightly shut. You can imagine how disheartened the Israelites were when they saw this insurmountable, locked-up wall standing in front of them. Some would have struggled with doubt or given up hope of ever seeing their Promised Land that lay on the other side. They had already been wandering the wilderness for 40 years, before being confronted with this last, intimidating obstacle. Seeing their despair, God sent them a WORD:

But the Lord said to Joshua,” I have given you Jericho, its king, and all its strong warriors.

All of them received this Word from God—a PROMISE that they would enter into their Promised Land, despite what their natural circumstances were telling them. They had a choice to take God at His Word, or to believe their current circumstances.

The lesson here is that if, as Christians, we don’t STAND FIRM on the word of God by exercising our faith, we’ll live our lives tossed around by our circumstances and the opinions of those around us. That is why it is so important to surround ourselves with like-minded people of faith, who choose to adopt a Kingdom perspective when faced with life’s challenges.

Joshua and Caleb were those kind of people who, when sent to spy out the Promised Land, viewed the challenges they observed, through the lens of faith and not fear. Joshua and Caleb led the people fearlessly, overcoming every intimidating circumstance as they walked into their inheritance and saw God’s promise come to pass in their lives.

Let’s delve into some important lessons that the Israelites learnt at Jericho:

You and your fighting men should march around the town once a day for six days. Seven priests will walk ahead of the Ark, each carrying a ram’s horn. On the seventh day you are to march around the town seven times, with the priests blowing the horns. When you hear the priests give one long blast on the rams’ horns, have all the people shout as loud as they can. Then the walls of the town will collapse, and the people can charge straight into the town.”

In this text, we see God download a specific pattern/strategy to bring down the wall and allow them to enter their Promised Land. Even though the plan sounded unconventional, Joshua obediently led the people in it, making sure their attitudes were in agreement in the lead up to that one, incredible moment where their UNIFIED shout of praise brought the walls crumbling down! Joshua didn’t want any human reasoning to erode the power of agreement and faith, so he commanded them not to speak at all as they marched around the walls seven times (see Joshua 6:10).

Lesson # 2 : The walls WILL be brought down.

When you have a Word from God, it doesn’t matter what stands in your way. Walls and obstacles are temporal and subject to God’s authority, but His Word is eternal, powerful and cannot return void (without achieving its purpose).

If God is for us, who can be against us?

That is why we never give up. Though our bodies are dying, our spirits being renewed every day. For our present troubles are small and won’t last very long. Yet they produce for us a glory that vastly outweighs them and will last forever! So we don’t look at the troubles we can see now; rather, we fix our gaze on things that cannot be seen. For the things we see now will soon be gone, but the things we cannot see will last forever.

Lesson # 3 : We cannot yield to INTIMIDATION!

Constant intimidation from the enemy, and lingering feelings of disappointment and guilt that relate to our past failings, can limit our future. But so often these setbacks are actually set-ups for our future, turning our messes into messages of hope for others. God loves us in spite of our past, and He calls us into a bright future with Him.

Despite their constant disobedience, God still longed for His children to inherit their Promised Land. The only reason they wandered so long in the wilderness, worshipping other gods and constantly complaining—many never seeing the Promised Land in their lifetime—was because they doubted God, not because He doubted them. How quickly they forgot how God had saved them from slavery, miraculously protected them and provided food from Heaven (manna) every single day as they wandered the wilderness! It was God’s unfailing love and goodness that kept Him reaching out to them. In the same way, when we choose to follow Him, He always gives us His best and steps in to fight on our behalf. His only expectation is that we will take Him at His Word and TRUST Him, regardless of our circumstances!

Setbacks are actually set-ups for our future; turning our messes into messages of hope for others. Click To Tweet

We see here that whatever stands in our way, can become the gateway into our promise—if we overcome it. Some scholars believe that the walls of Jericho fell forward, meaning that the rubble formed a ‘ramp’ for the Israelites to climb up and take their Promised Land. That said, don’t allow the thick walls of opposition in your life, to intimidate you and drive you out of the race to your destiny. Instead, be determined to overcome them and use them as stepping stones/gateways into your Promised Land!

Lesson # 5 : We must RELEASE a new SOUND of victory!

The city of Jericho was ultimately overthrown by a SOUND; not an ordinary sound, but a supernatural sound of praise. The seven rams’ horns that were being blown by the priests, declared the message of jubilee—a proclamation that the Kingdom of God had been realised on Earth. The Year of Jubilee in the Bible, was a year where debts were wiped away and captives set free. Significantly, it was announced by the blowing of trumpets and a shout.This was the prophetic sound/message that was being released through the rams’ horns, filling the airwaves with faith—an awakening of hope at the cusp of their triumphant victory. At the sound of the last blow of the horn, the people were instructed to shout as loud as they could. Can you imagine the sheer volume of this shout of praise as the people brought their “AMEN” ( meaning, “So be it!”) to God’s promise (see 2 Corinthians 1:20) after walking around the walls many times, in silence? They brought their obedience and faith, came into agreement with our BIG God, and saw the thick, immovable walls suddenly come tumbling down!

A unified shout of praise at the walls of our own obstacles in life, is when we bring our “Amen” to God’s “Yes” over His promises. Our faith combined with His faithfulness brings down walls, and He is still fighting battles alongside us, in this same way, today!

A unified shout of praise at the walls of our own obstacles in life is when we bring our “Amen” to God’s “Yes”... Our faith combined with His faithfulness brings down walls. Click To Tweet

You must not fear them, for the Lord your God Himself fights for you

‘Not by might nor by power, but by My Spirit,’ Says the Lord of hosts.

God fought this battle on behalf of the Israelites. We would be foolish to think that we can succeed without God, yet we find ourselves defaulting to our own methods, strength and wisdom to fight our battles.

One of the instructions that God gave to Joshua, was that the Ark of God was to be carried around the walls of Jericho. God wants us to know today, that in order to access our Promised Land, we still need His Presence to go before us. This was the same revelation that Moses had, the moment he realised that the blessings of God would be worthless if God Himself, was not present:

Then Moses said, “If you don’t personally go with us, don’t make us leave this place."

God wants us to know today that in order to access our Promised Land, we still need His Presence to go before us. Click To Tweet

Lesson # 7 : We must SURRENDER to God’s Lordship!

After victoriously entering the Promised Land, Joshua decided in his heart to dedicate all of Jericho’s plunder—silver, gold, vessels of bronze and iron—to God. These things were sacred to the Lord and it was Joshua’s firm conviction to put God first and honour Him with all of the treasure.

When God orchestrates a great victory in our lives, He is worthy to receive the firstfruits of the battle. By putting Him first with the ‘spoils of war’, He faithfully provides for us (see Matthew 6:33) in return. By honouring Him in this way, we demonstrate our absolute surrender and thankfulness to Him, and position ourselves to receive even more from our generous and good Father. We can never out-give Him!

What a powerful story!

What an incredible journey and what important lessons we can learn from those who went before us.

At every stage, we see God’s fingerprints, faithfully leading and guiding His children on their journey towards freedom and inheritance. Despite their failings, He never abandoned them, and He will likewise, never abandon us!

Let's keep trusting Him and obeying His instructions—no matter how unusual—and see every one of His promises fulfilled in our lives today! 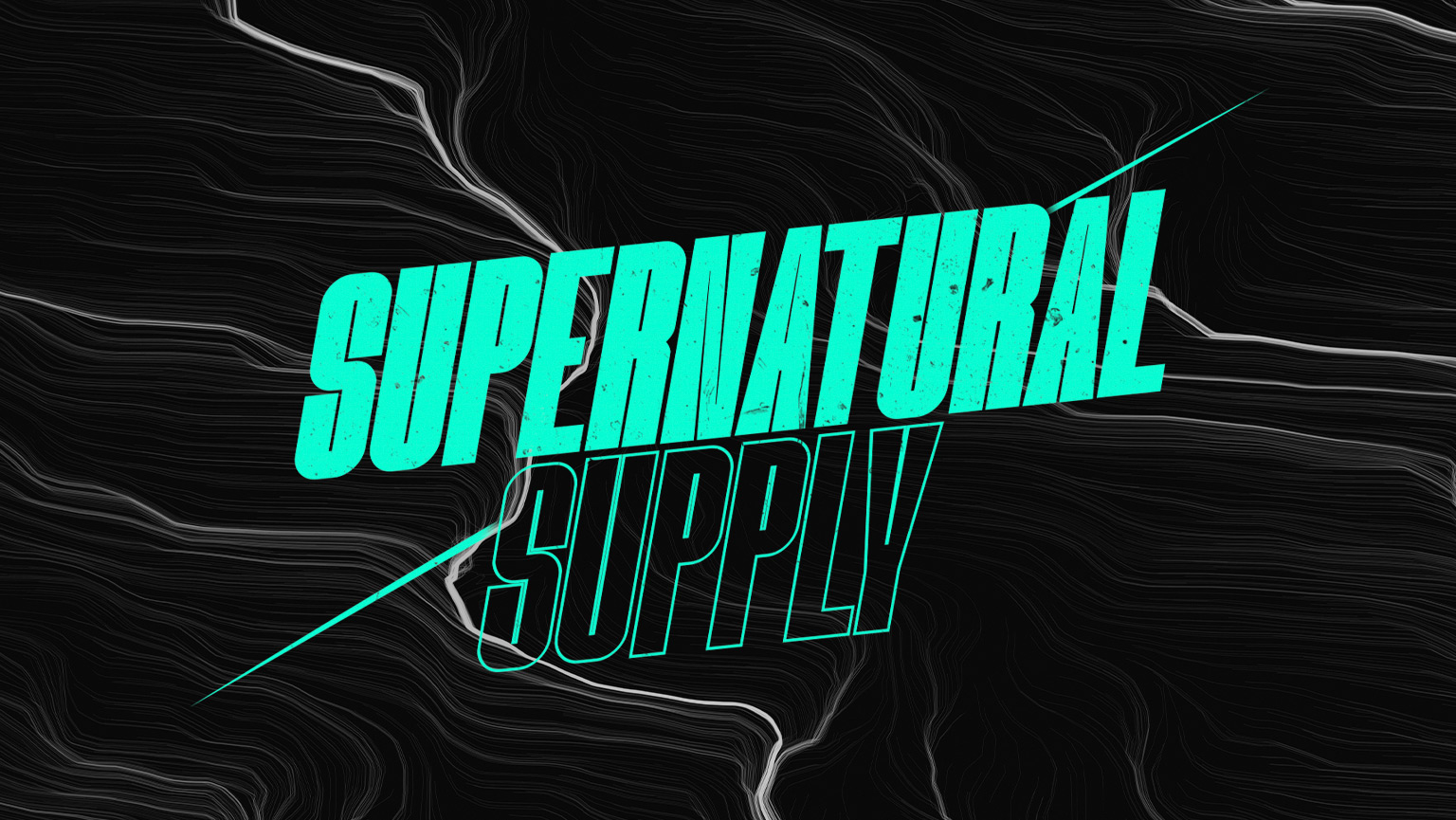 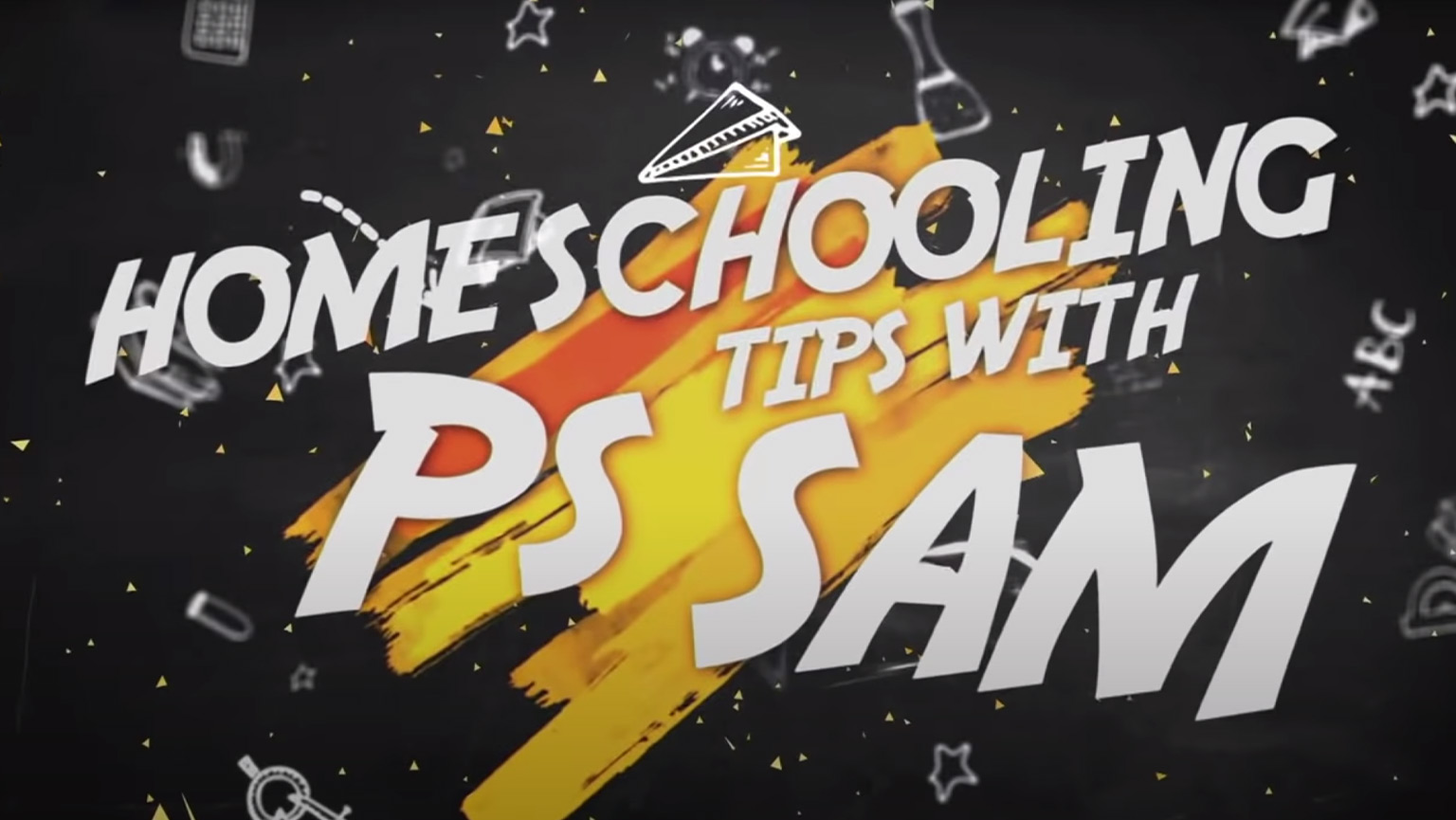 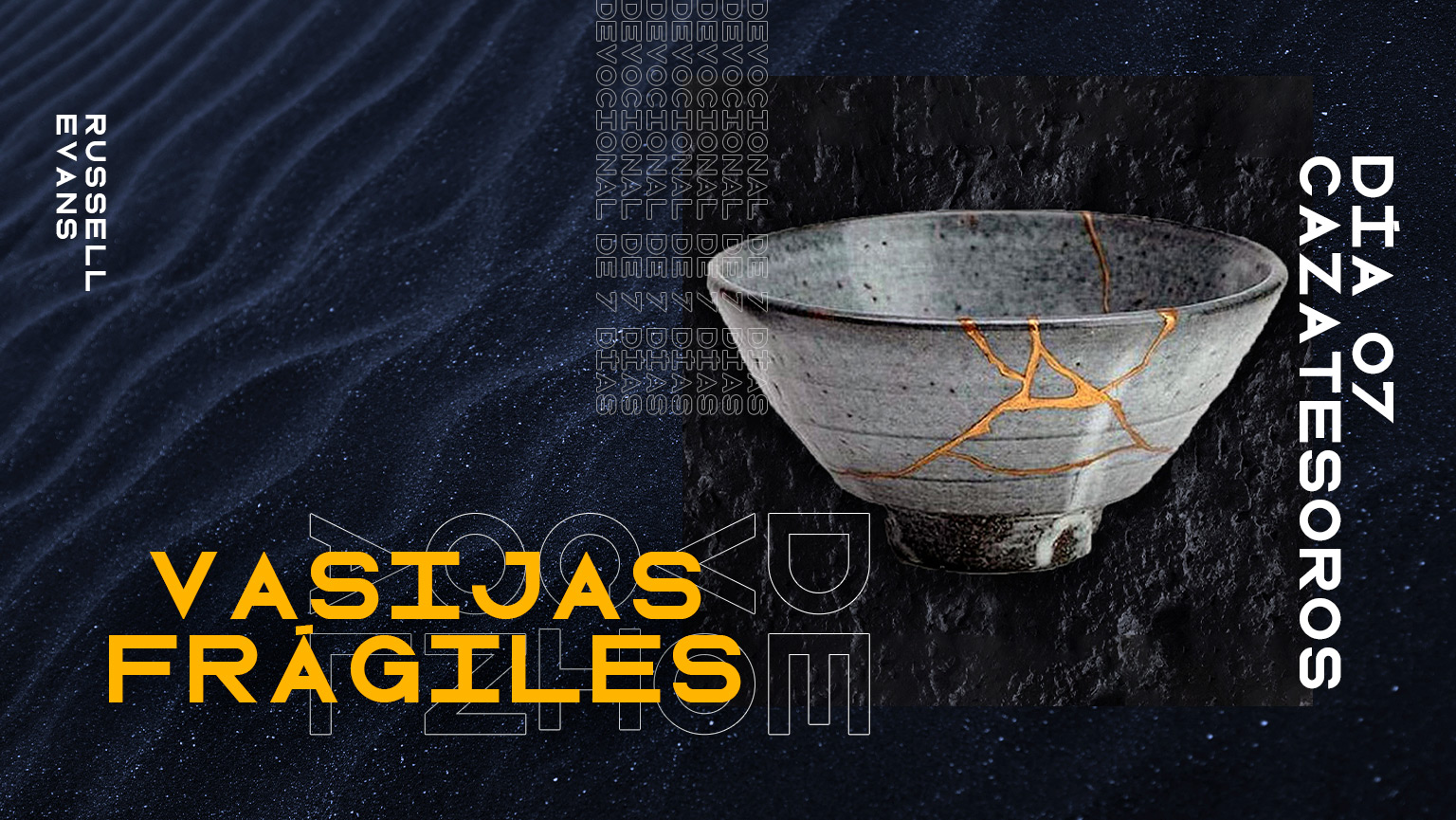 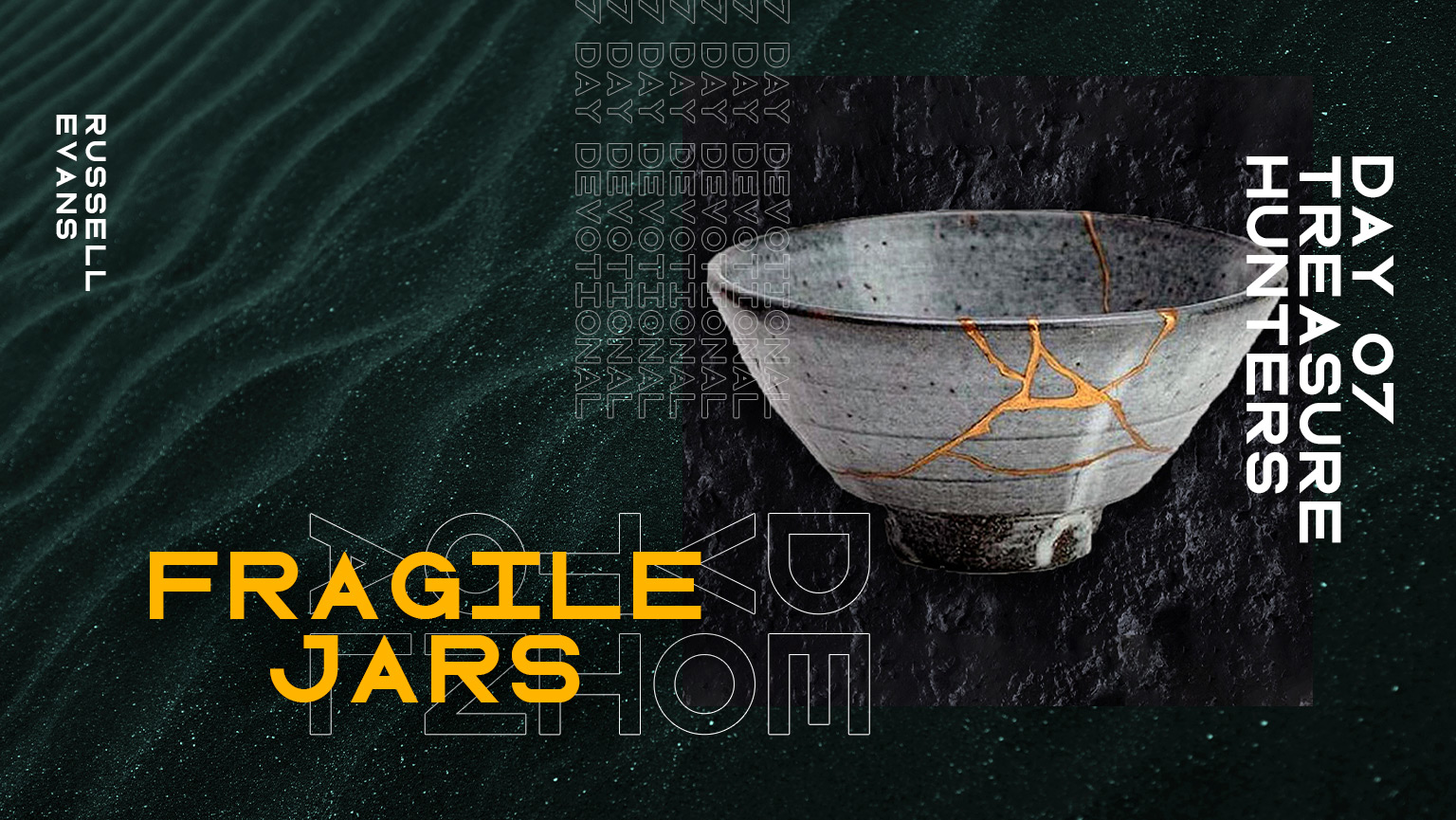 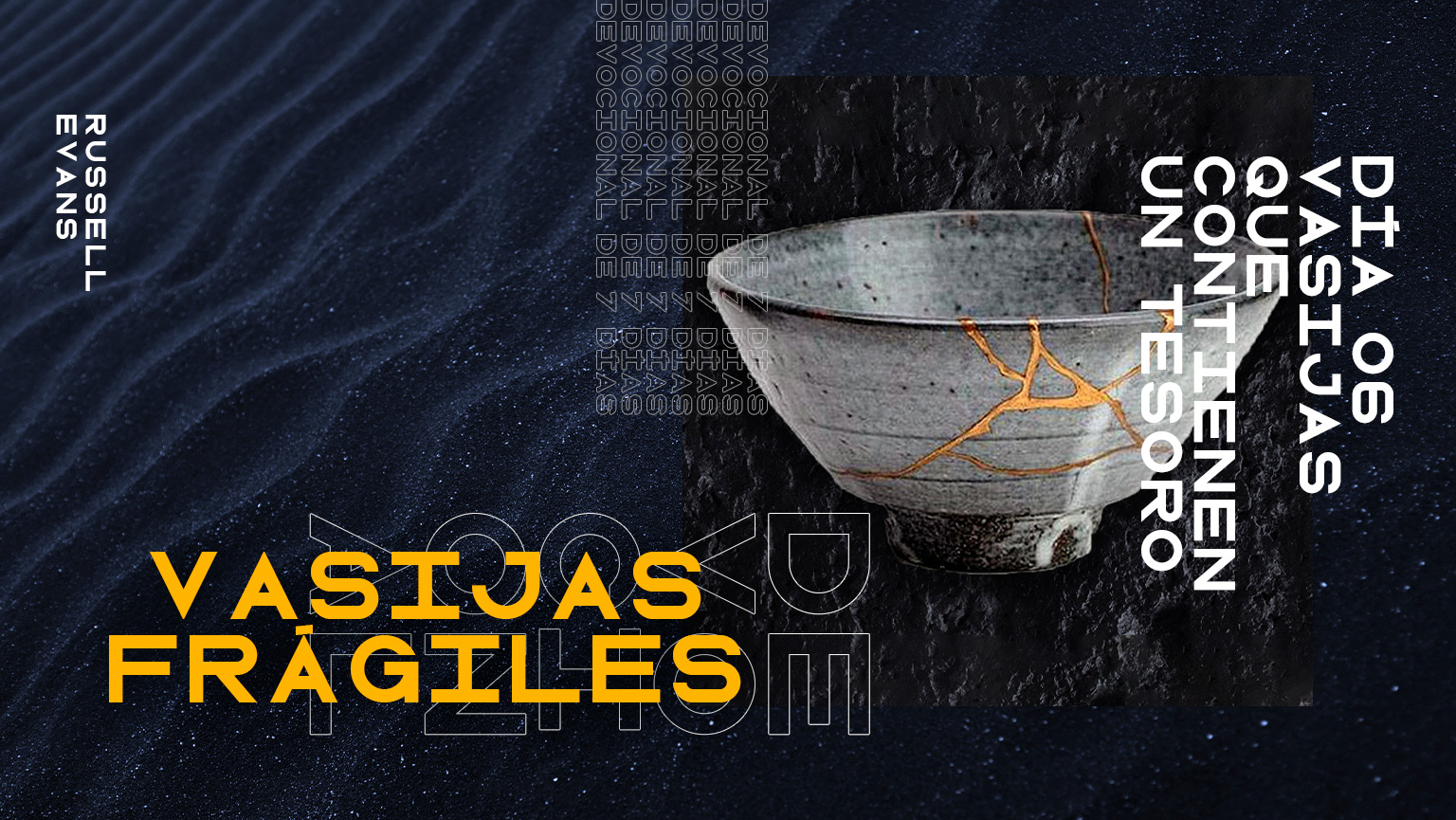 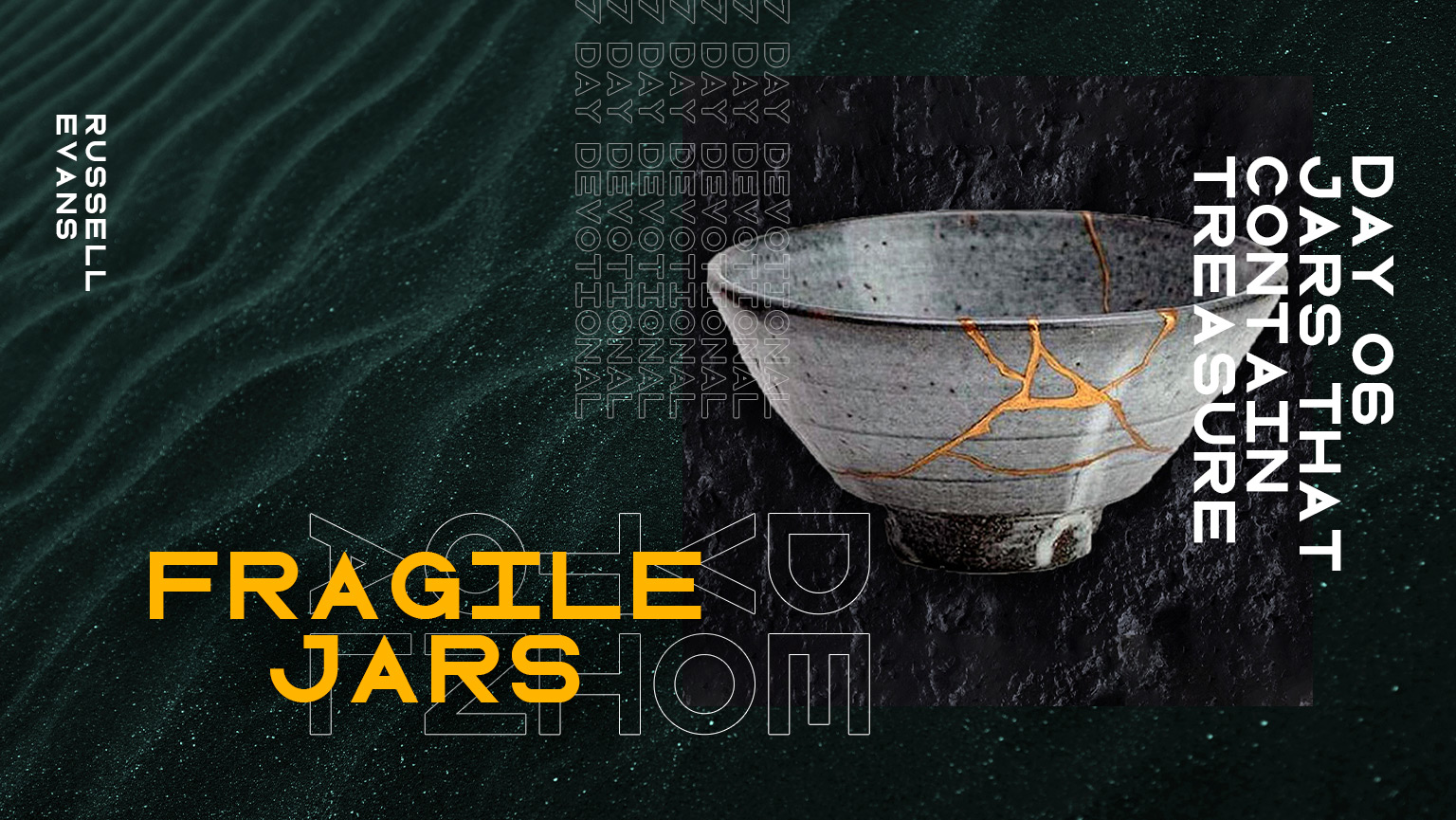 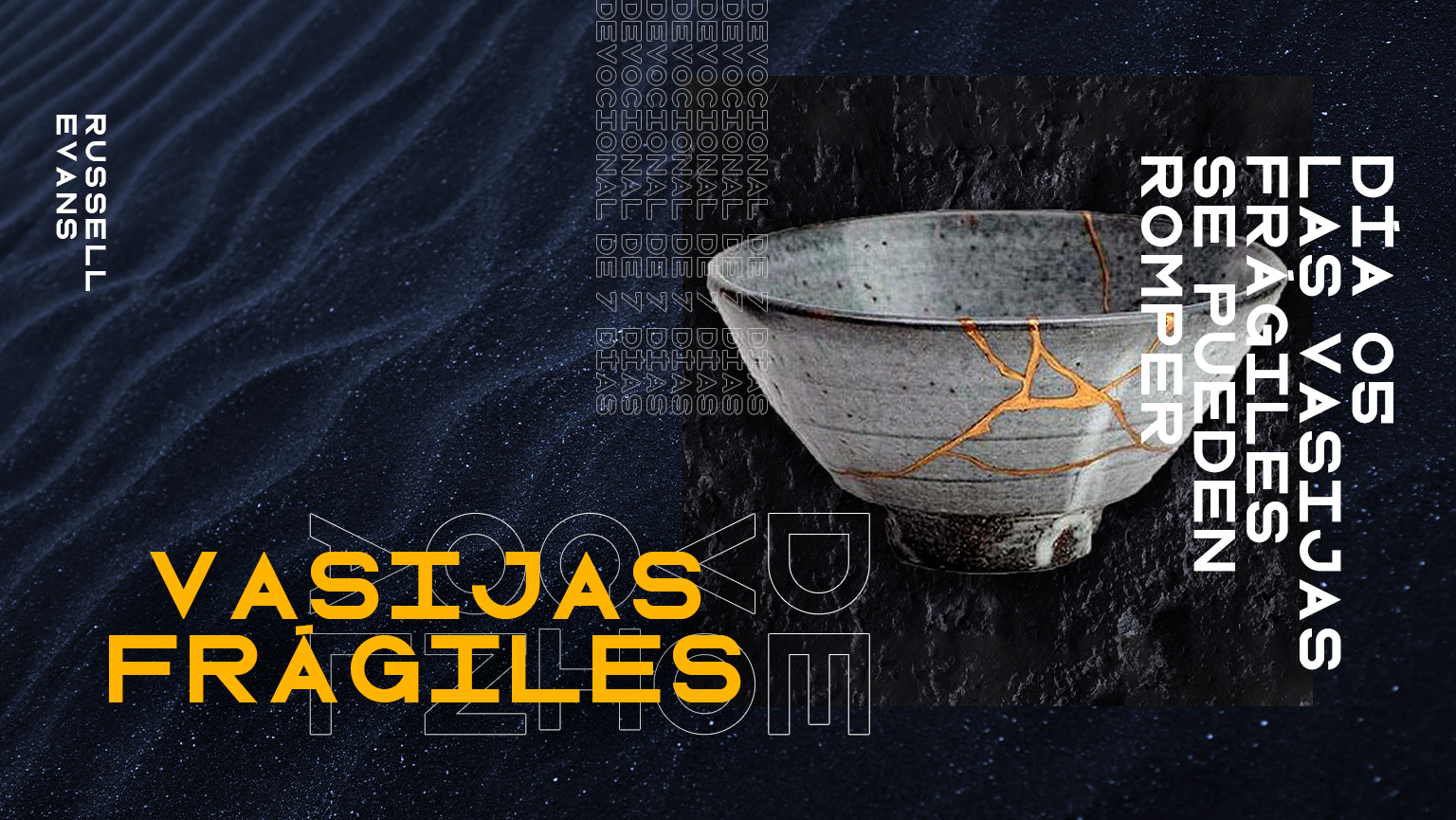 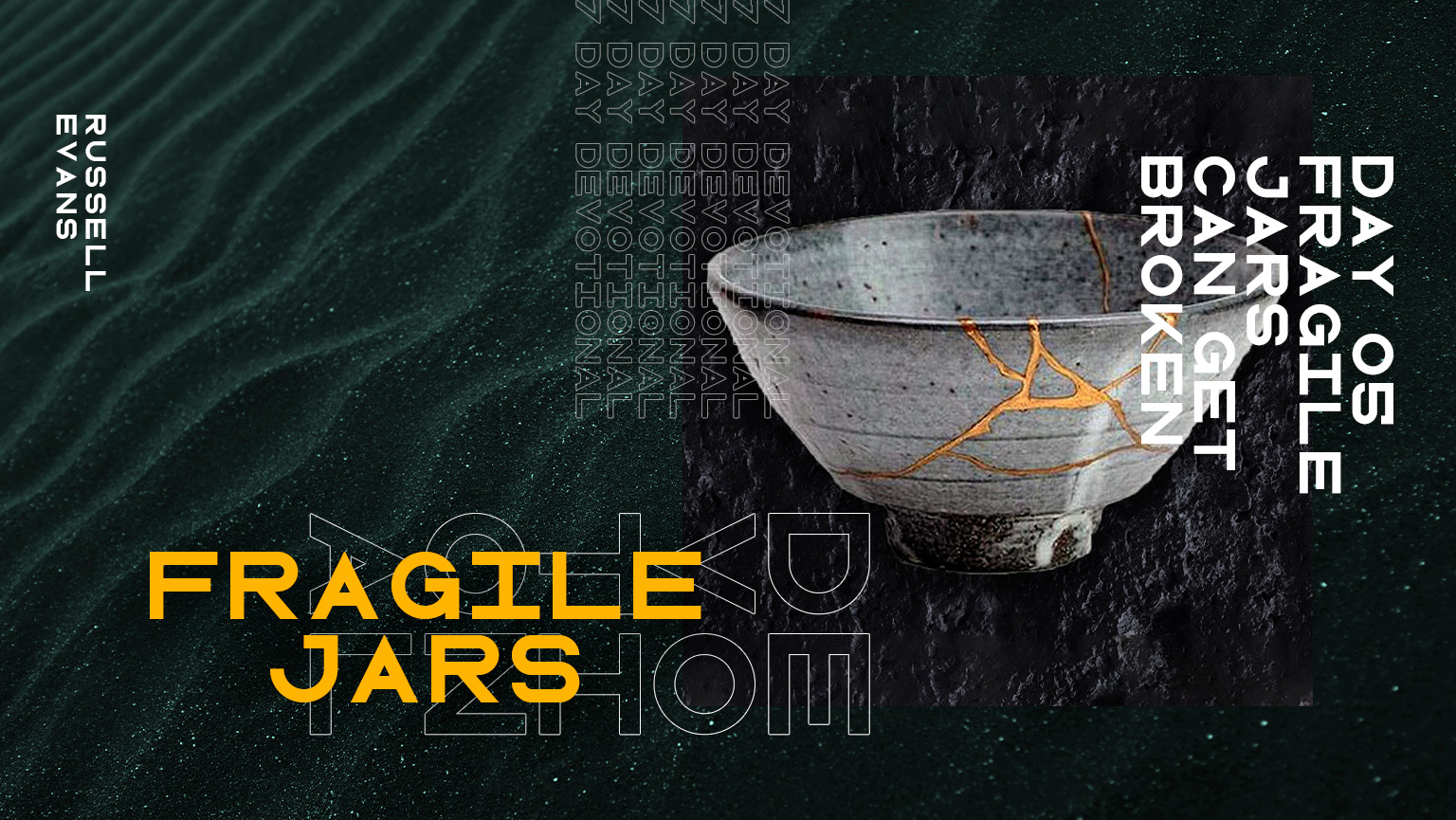 Day 5: Fragile Jars Can Get Broken 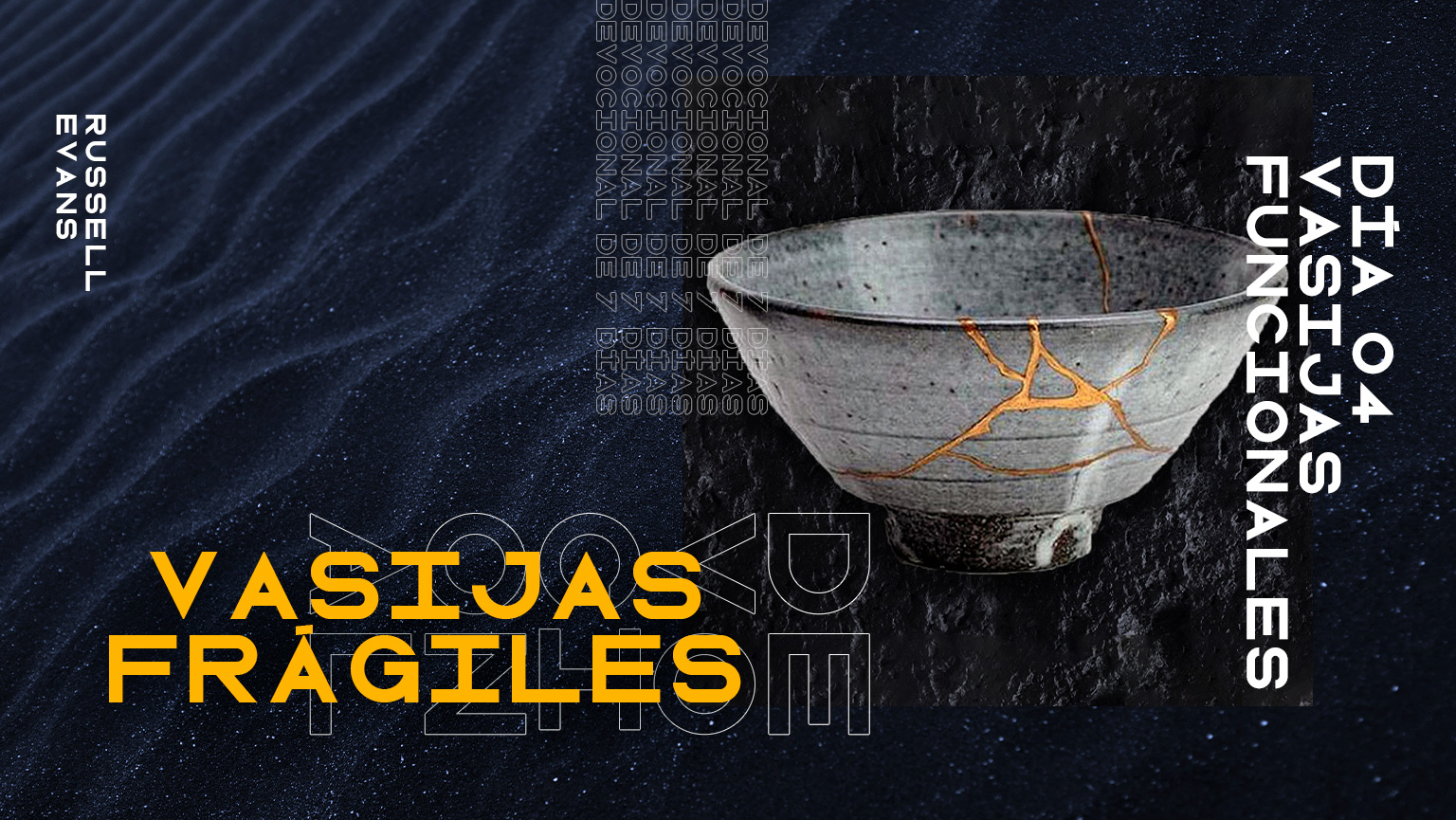 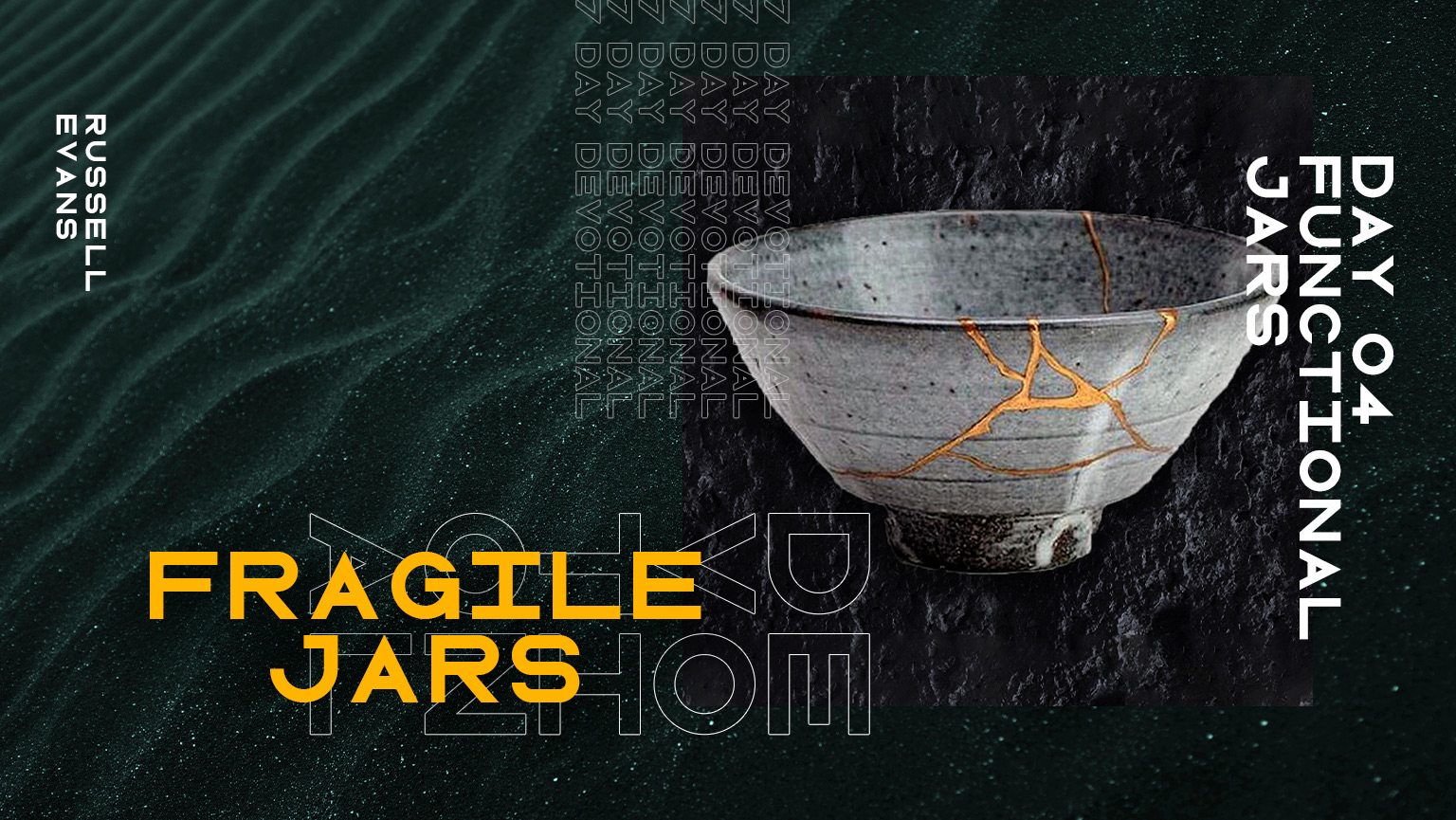 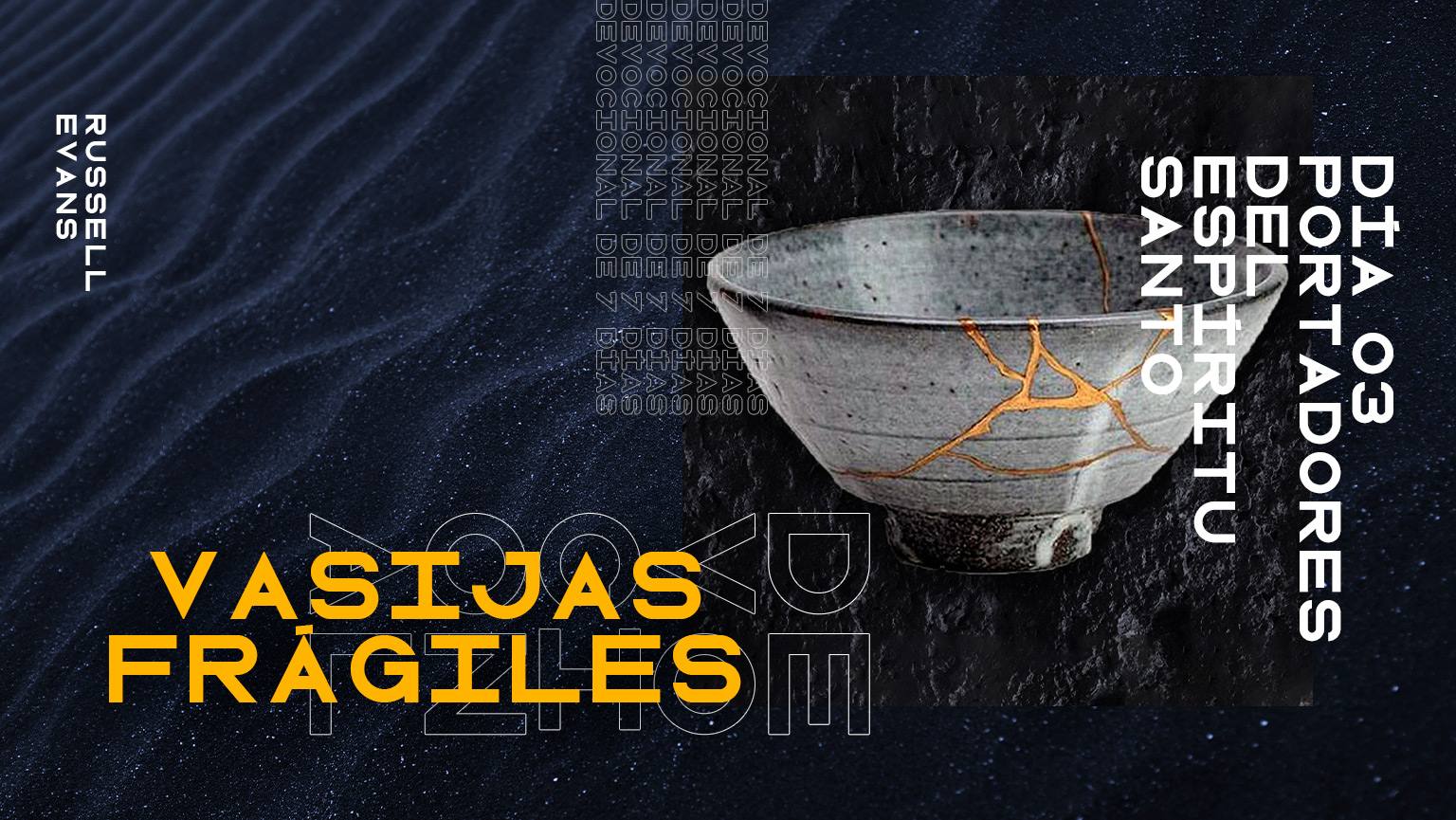 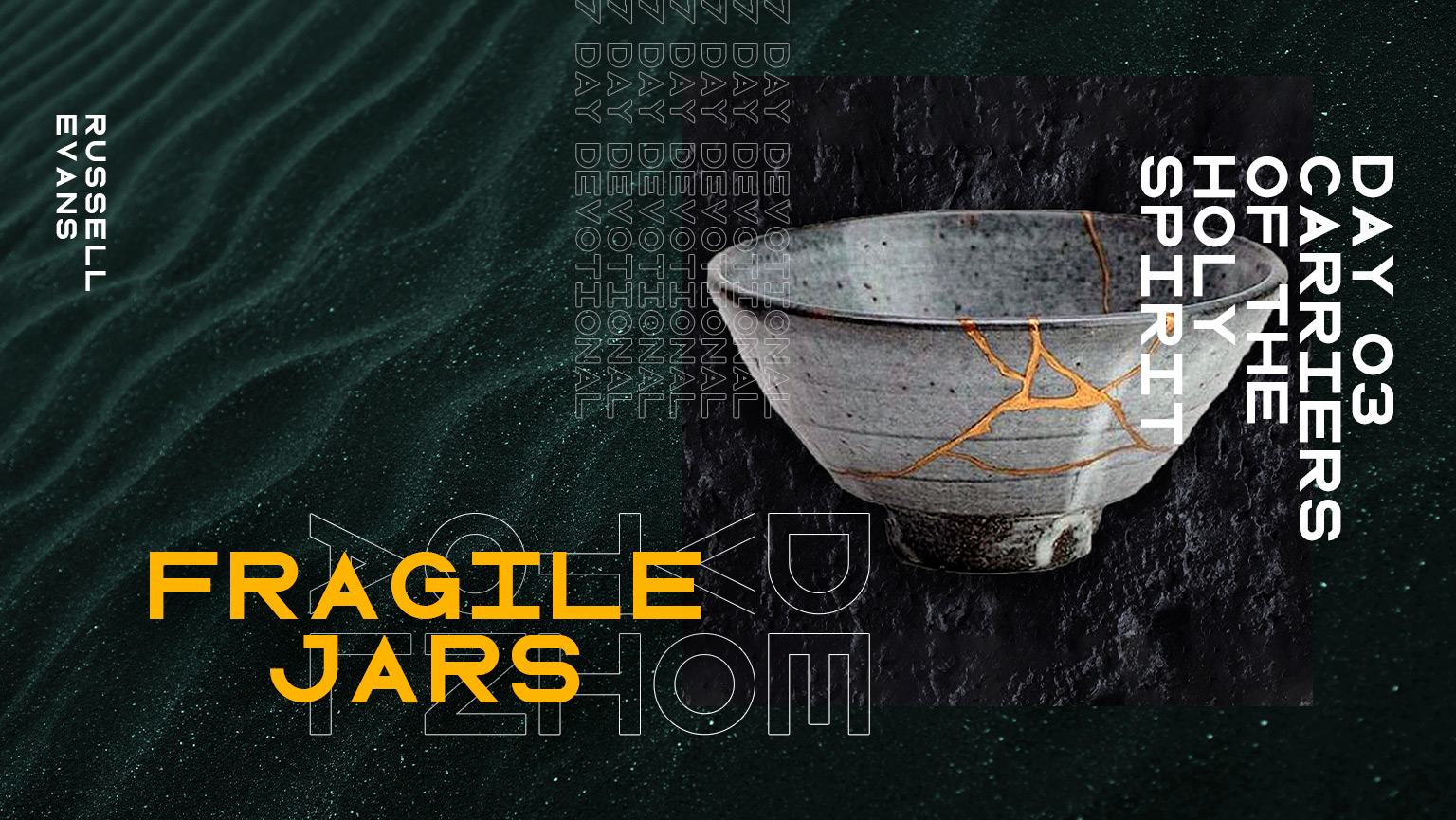 Day 3: Carriers of The Holy Spirit 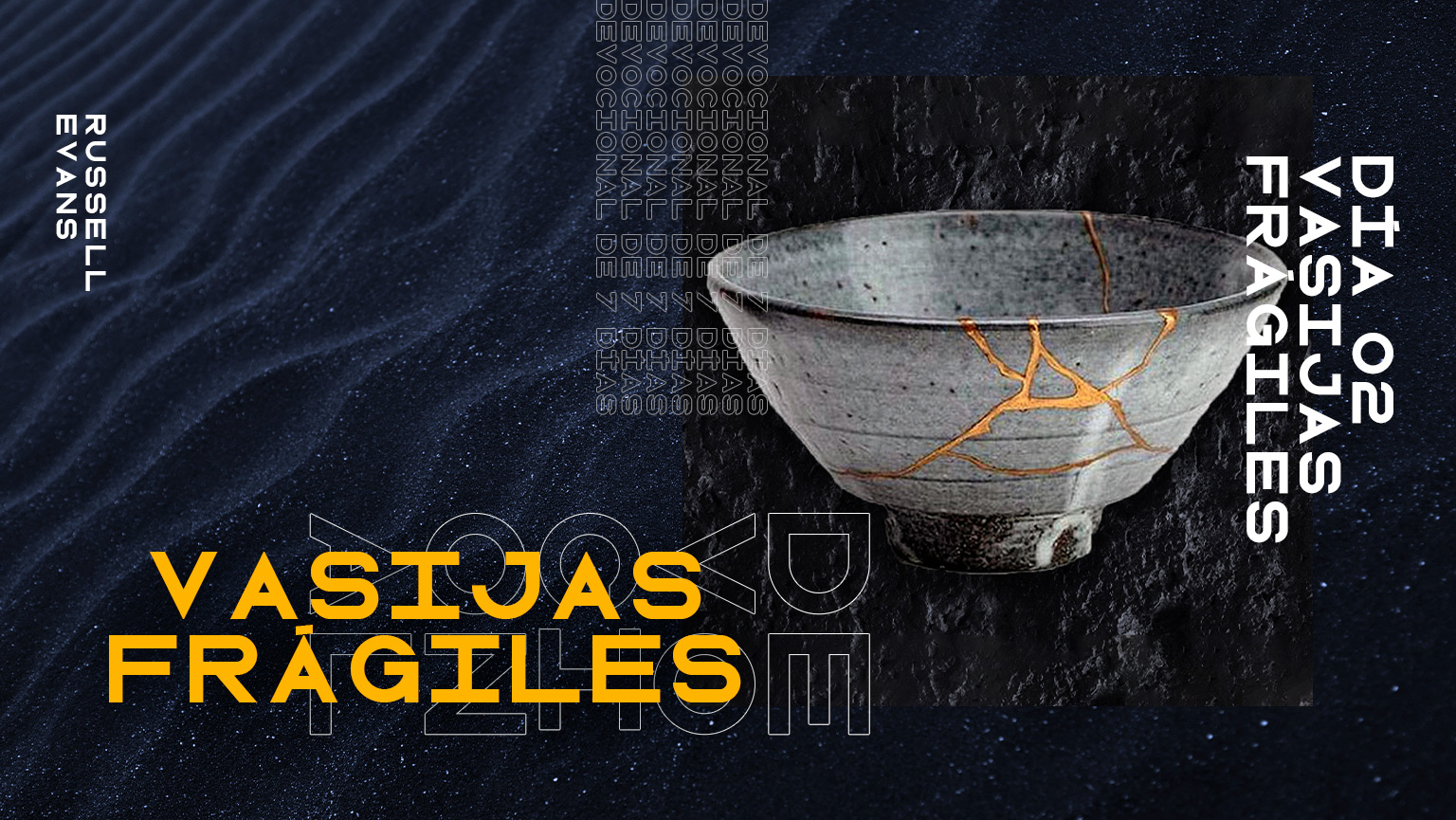 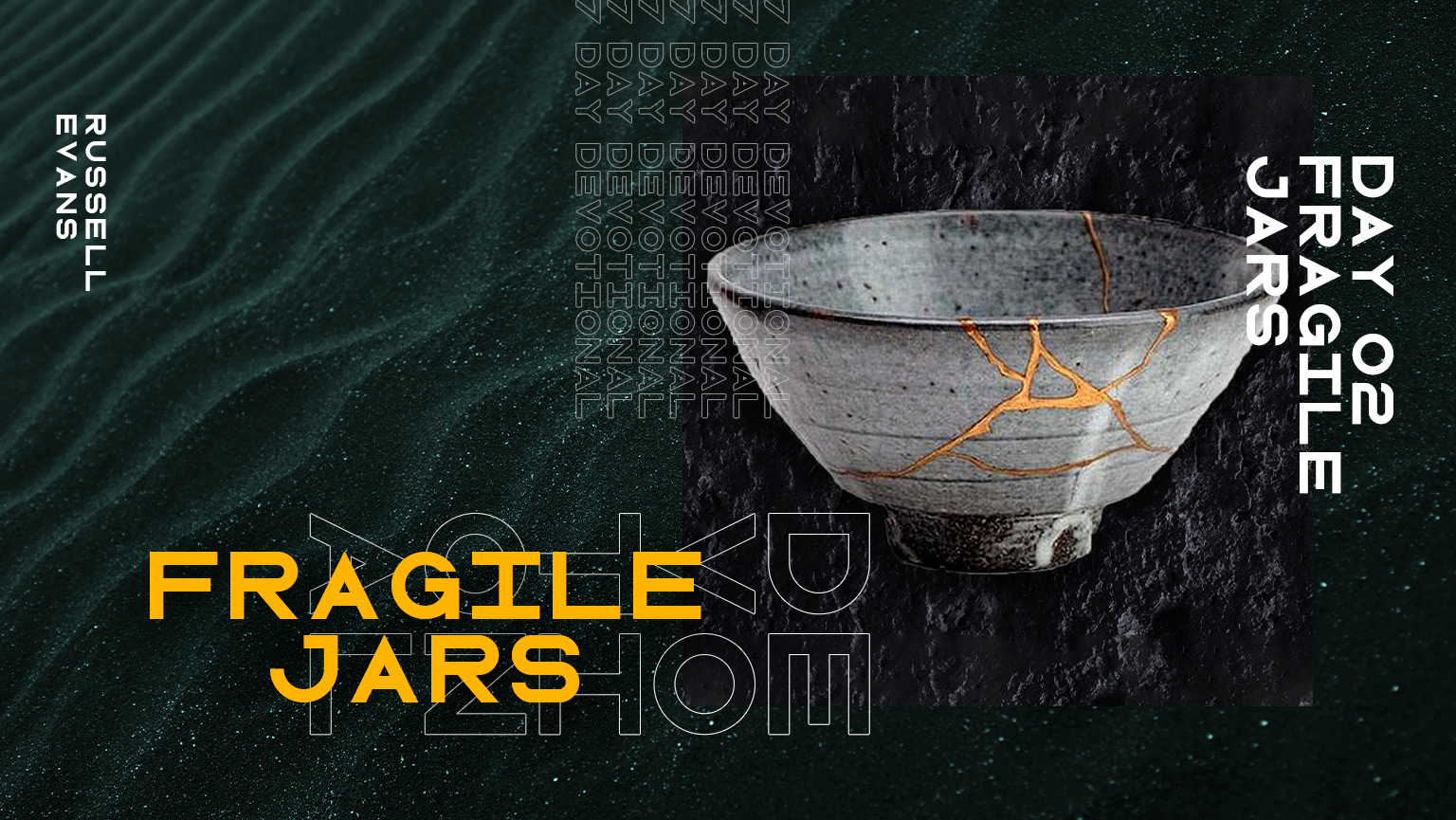 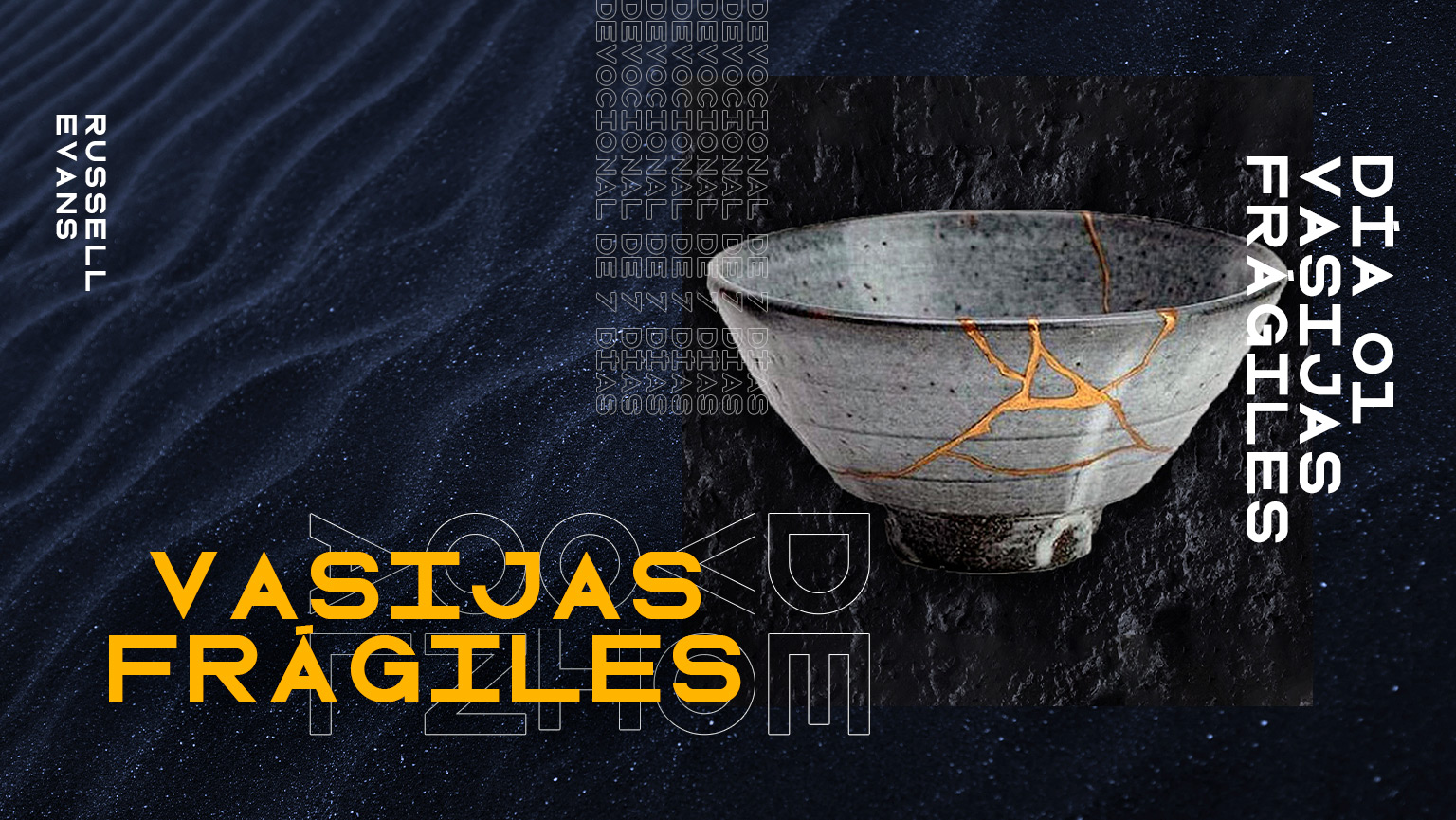 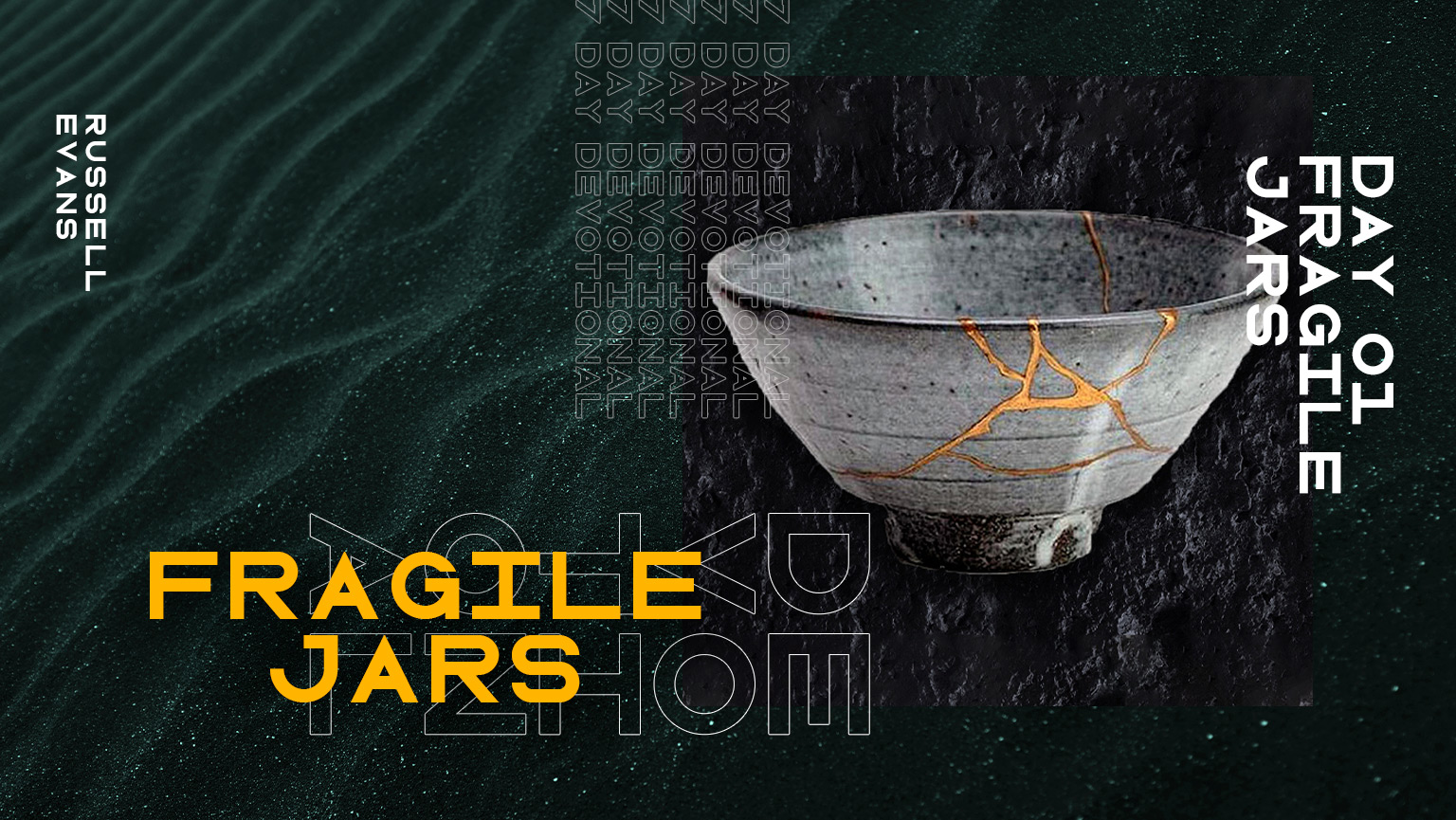 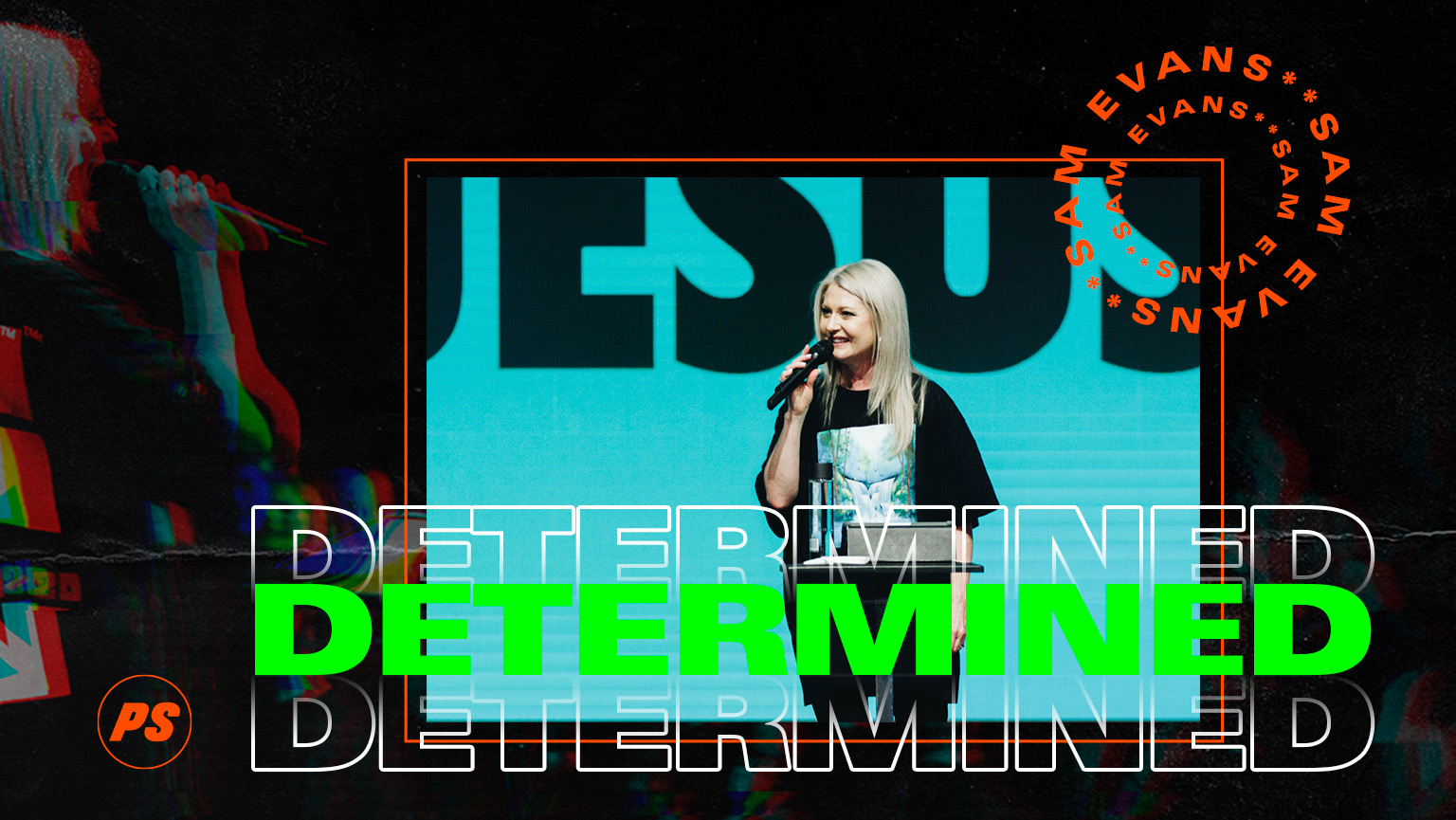 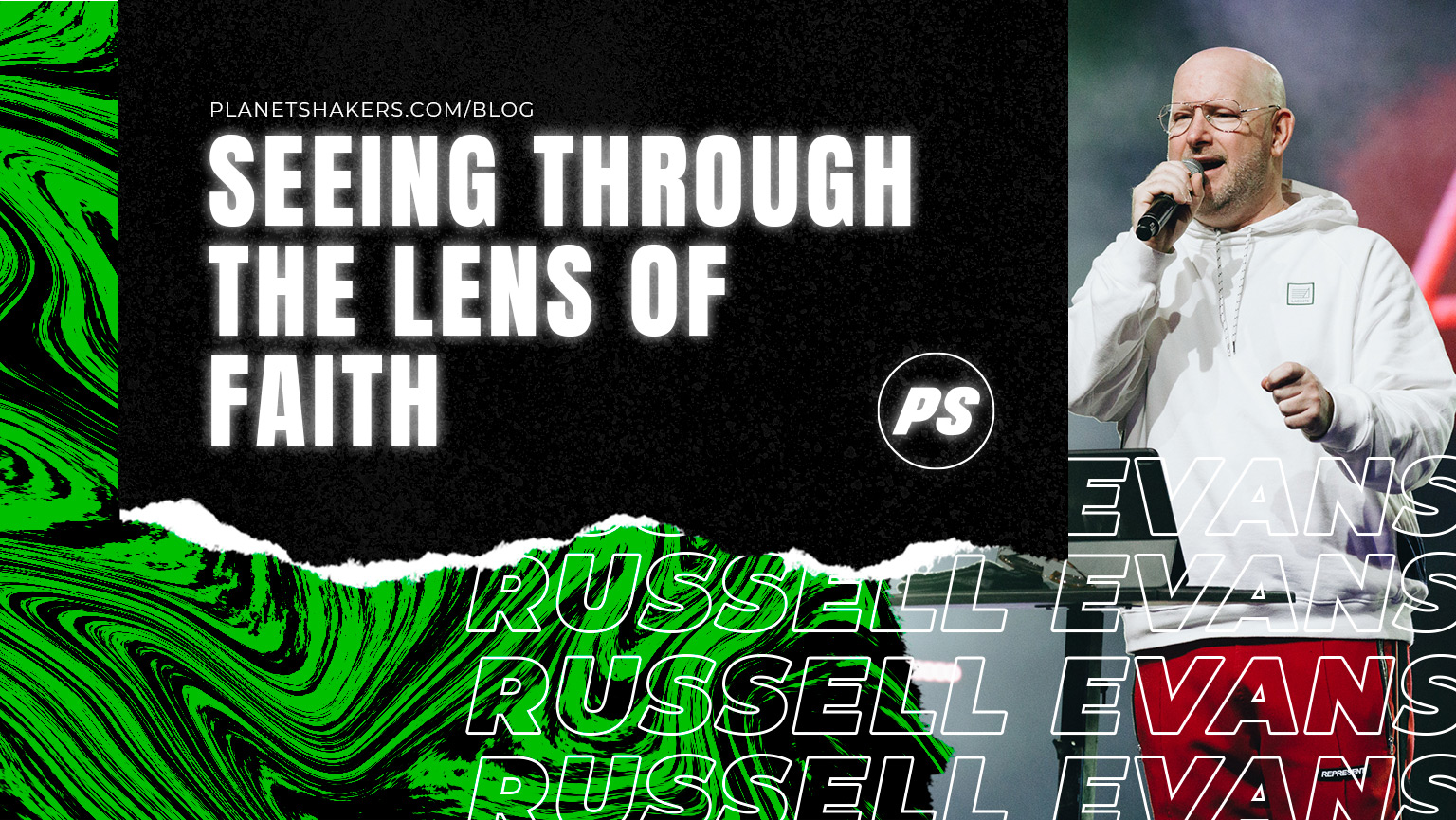 Seeing Through The Lens of Faith