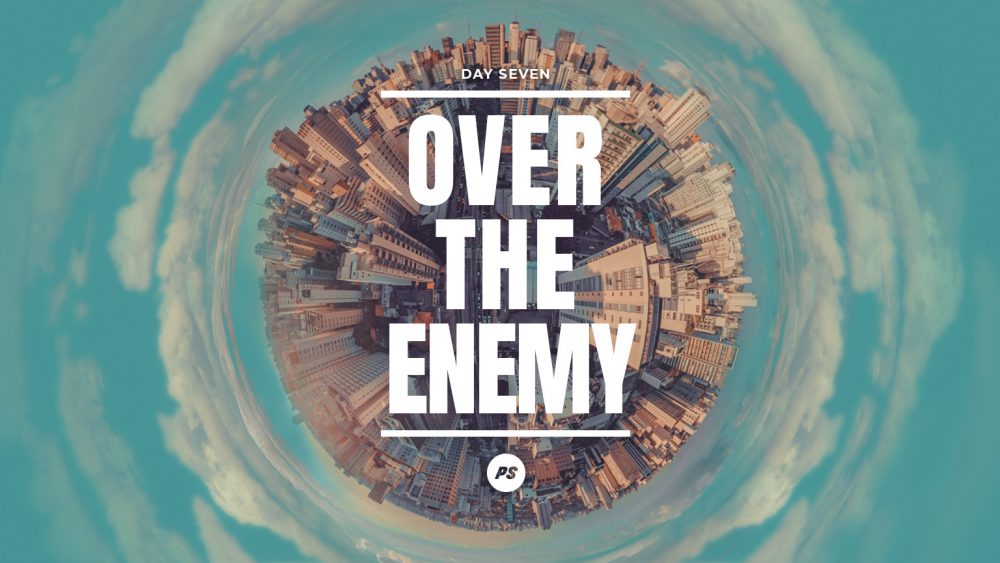 Blog >
Devotional >
Over It All 7 Day Devotional

He is over pain

I am so glad that when Jesus died, He took the keys of hell and death off the enemy, crushed his head and rose victoriously from the dead! Jesus faced death— our biggest enemy— head-on, and defeated it. What a great moment in human history! The enemy thought he had won when Jesus hung on that cross and died, but instead, he played straight into God’s hands. That is why we should never get intimidated by the lies or accusations of the enemy. Instead we should know who we are in Christ and continue to take authority over the enemy’s works, in prayer. We also need to stand in faith with our spiritual armour on, knowing that we stand in the victory that Jesus has already won. If God is for us, who can be against us? No one! He is over it all!

I thank You today that I stand in victory over the enemy because of what You have done. I thank You that all the works of the enemy have been defeated, and because of that, I can stand in great confidence that You will turn all things around for my good. I submit to You and resist the devil. I thank You that he must flee right now. I turn all my attention upon You, Jesus, my victorious King, and receive Your break-through for my life. I trust You. I love You. You are over it all!

Submit yourselves, then, to God. Resist the devil, and he will flee from you.

Be alert and of sober mind. Your enemy the devil prowls around like a roaring lion looking for someone to devour.

no weapon forged against you will prevail,
and you will refute every tongue that accuses you.
This is the heritage of the servants of the Lord,
and this is their vindication from me,”
declares the Lord.

No, in all these things we are more than conquerors through him who loved us.