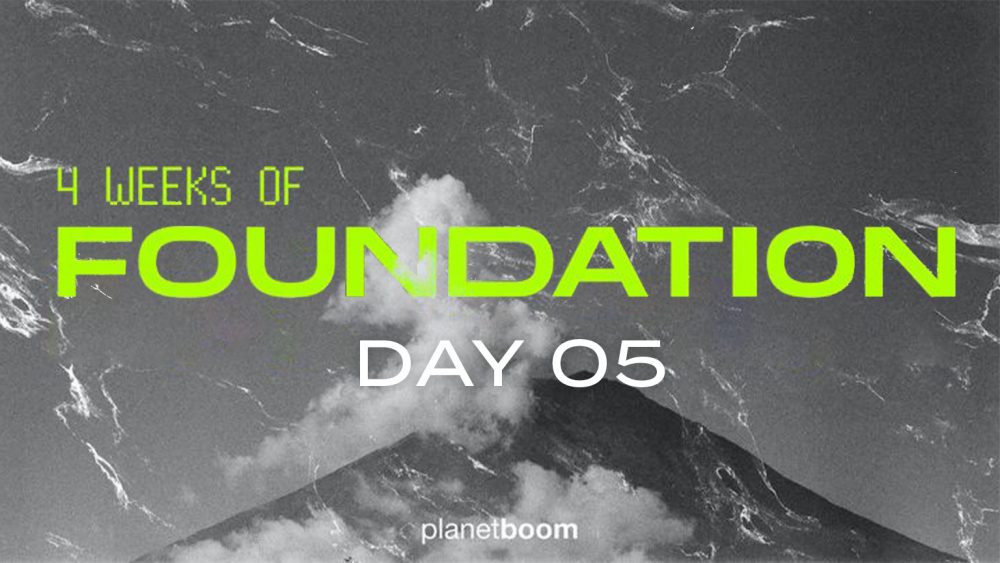 Lord isn't a word that we use in everyday life, but it's the name used most frequently for Jesus in the New Testament.. So what does it mean? A more modern word that could help us understand Lord is "Boss." But Jesus isn't the boss of just something, God has made Him the Boss over everything. He is the one with all power, all control, and all authority in heaven and on earth. He is the head of the church, the ruler over all creation, the Lord of lords and King of kings. When we sing "Jesus Over Everything" it's basically another way of saying, "Jesus is Lord." The Bible tells us that one day, every person who has ever lived will see and acknowledge that Jesus is Lord. But as followers of Jesus, we don't want to just wait till then to acknowledge Him as over everything in our lives. We have the opportunity to do that now and every day. When we begin to acknowledge Jesus as Lord, that's when we also experience and access His power as Lord in our life. An important part of giving our life to Jesus when we are saved is also making Him Lord, or boss, of our life. To do this, we need to recognise that we are not the centre of our lives but He is, and we are no longer living for ourselves, but we are now living for Him!

Therefore, God elevated him to the place of highest honor and gave him the name above all other names, that at the name of Jesus every knee should bow, in heaven and on earth and under the earth, and every tongue declare that Jesus Christ is Lord, to the glory of God the Father.

If you openly declare that Jesus is Lord and believe in your heart that God raised him from the dead, you will be saved. For it is by believing in your heart that you are made right with God, and it is by openly declaring your faith that you are saved. As the Scriptures tell us, “Anyone who trusts in him will never be disgraced.” Jew and Gentile are the same in this respect. They have the same Lord, who gives generously to all who call on him.

Christ is the visible image of the invisible God. He existed before anything was created and is supreme over all creation, for through him God created everything in the heavenly realms and on earth. He made the things we can see and the things we can’t see— such as thrones, kingdoms, rulers, and authorities in the unseen world. Everything was created through him and for him. He existed before anything else, and he holds all creation together. Christ is also the head of the church, which is his body. He is the beginning, supreme over all who rise from the dead. So he is first in everything.

Jesus came and told his disciples, “I have been given all authority in heaven and on ea