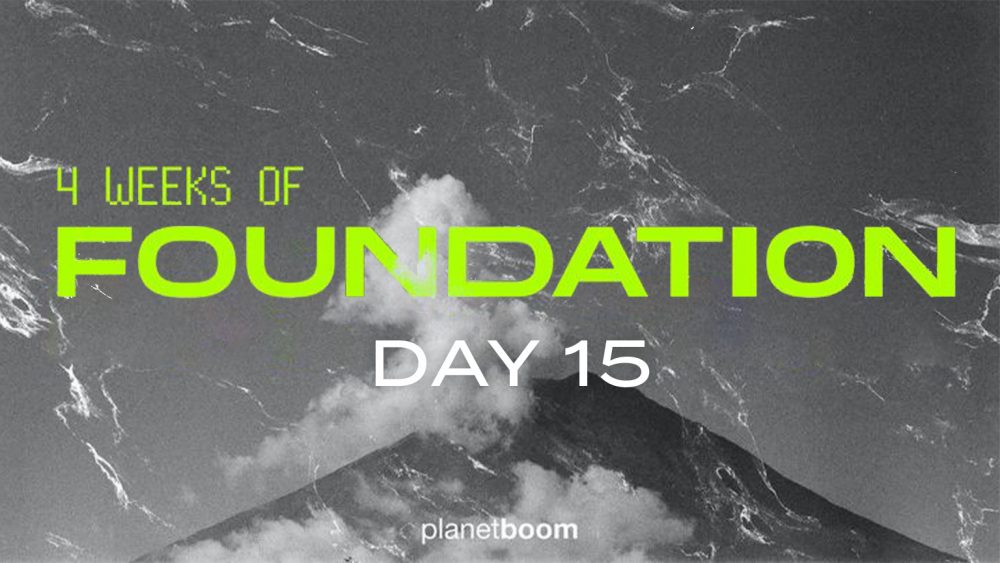 A Child of God

Welcome to the 3rd week—you're doing so well! Now, we're shifting gear to begin looking at our personal relationship with God...where it starts and how it grows. Remember, the ONLY way we have connection with God is because we're saved through Jesus Christ. But this isn't just a 1-off experience that happened in the past... it's a new beginning and introduces us into a whole new way of doing life. The most amazing and exciting life ever—all about 'following' Jesus! When He walked the earth (recorded in Matthew/Mark/Luke/John) Jesus called people to become His disciples. 'Disciple' is really another word for student, but it's not talking about just learning a subject at school, but about learning life itself. It's about doing life with someone close enough that you can model your heart & your actions from theirs. It doesn't mean that you stop being you, with your unique personality and giftings, but that you start changing into the best version of yourself as you model your life off Jesus. However, it does cost us! It's an all-in thing. Jesus said that it's all about "taking up your cross" and following Him, and the Bible also talks about dying to ourselves so that we can live for Him. Huge! In other words., we don't just become His disciples but then keep living for ourselves. It's the complete opposite of what the rest of the world prioritizes. While most people are all about their rights and their dreams and their needs, we're all about Jesus and becoming more and more like Him! We get to know Him more and experience His power through our lives! As you read these scriptures today, think about it for yourself and make the decision in your heart to be a disciple of Jesus all over again.

One day as Jesus was walking along the shore of the Sea of Galilee, he saw two brothers—Simon, also called Peter, and Andrew—throwing a net into the water, for they fished for a living. Jesus called out to them, “Come, follow me, and I will show you how to fish for people!” And they left their nets at once and followed him. A little farther up the shore he saw two other brothers, James and John, sitting in a boat with their father, Zebedee, repairing their nets. And he called them to come, too. They immediately followed him, leaving the boat and their father behind.

Then Jesus said to his disciples, “If any of you wants to be my follower, you must give up your own way, take up your cross, and follow me. If you try to hang on to your life, you will lose it. But if you give up your life for my sake, you will save it. And what do you benefit if you gain the whole world but lose your own soul? Is anything worth more than your soul? For the Son of Man will come with his angels in the glory of his Father and will judge all people according to their deeds.

Jesus said to the people who believed in him, “You are truly my disciples if you remain faithful to my teachings. And you will know the truth, and the truth will set you free.”

Then Peter began to speak up. “We’ve given up everything to follow you,” he said. “Yes,” Jesus replied, “and I assure you that everyone who has given up house or brothers or sisters or mother or father or children or property, for my sake and for the Good News, will receive now in return a hundred times as many houses, brothers, sisters, mothers, children, and property—along with persecution. And in the world to come that person will have eternal life. But many who are the greatest now will be least important then, and those who seem least important now will be the greatest then.”