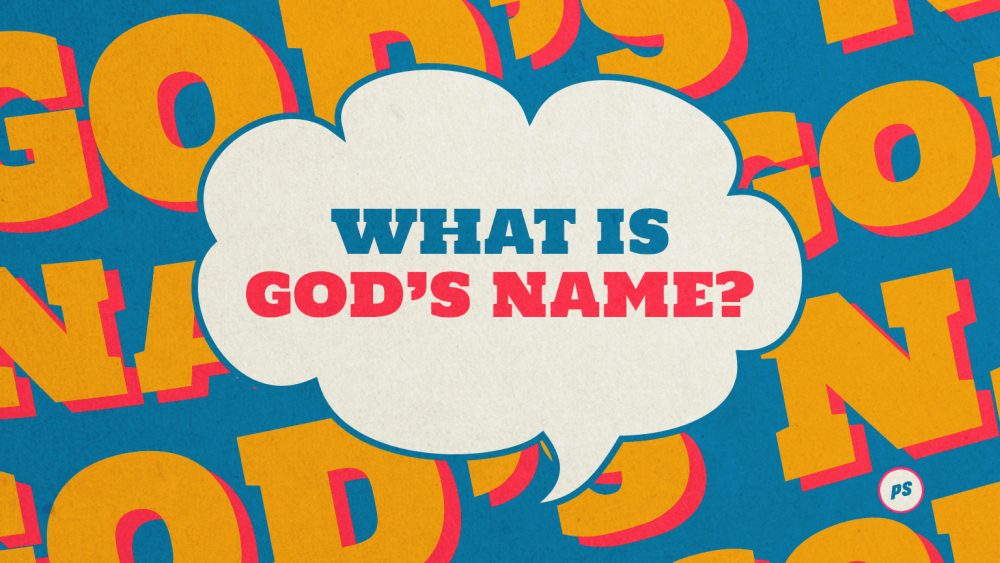 What is God’s Name?

Answering this question requires some investigation into the original biblical languages.

In English, we generally use the word God, but also Lord or even Father to address or refer to our Creator. In many ways, this is similar to the naming of God in the biblical languages of Hebrew and Greek. In Hebrew (Old Testament) there are three main words that are used to identify God: Elohim, Adonai and Yahweh/Jehovah. Elohim and Adonai have Greek (New Testament) equivalents in the words Theos and Kryios. This blog will look at each of these names, highlighting their significance and usage throughout the Bible.

“In the beginning, God (Elohim) created the heavens and the earth.”

The word Elohim is generally rendered as ‘God’ in most English translations of the Bible and for good reason: this Name speaks of His dignity and supreme sovereignty as the one and only true God. In fact, the word Elohim is actually grammatically plural suggesting that even though God is one, He is too big for a singular title. (see Deut. 6:4). It is no surprise then that this is the word used in Genesis 1:1 that begins the recount of God’s epic creation of the universe. It is used over 2,300 times to refer to God in the rest of the Old Testament and finds its New Testament equivalent in the Greek word Theos.

The word Theos is also rendered as ‘God’ in most English Bible translations and is used in the opening verse of the prologue to John:

The word Elohim is used in some other ways too. The shortened version of Elohim—El—is often used as part of a Hebrew name. For example: Daniel, Elijah, Elisha and Ezekiel— just to name a few. Additionally, the Old Testament also combines El with other words to describes God’s attributes:

The word Elohim is generally rendered as ‘God’ in most English translations of the Bible and for good reason: this name speaks of His dignity and supreme sovereignty as the one and only true God. Click To Tweet

A second name or title used for God in the Old Testament is Adonai, which is appropriately translated ‘Lord’ in most English translations of the Bible. Like the English word Lord, Adonai denotes rulership, authority and kingship. The word Adonai is also used throughout the Old Testament in reference to kings, rulers and heads of households.

An example of the use of Adonai in the Old Testament can be found in Genesis 18:3:

“My Lord (Adonai), if now I have found favour in Your sight, please do not pass Your servant by.”

Like Elohim, the word Adonai has a Greek counterpart in the New Testament: Kyrios. New Testament writers commonly referred to Jesus as Kyrios, as did the early Christian church. Many early Christians were so adamant that Jesus was the ‘Lord of lords’ that they would often be killed for their faith because they refused to refer to Caesar as ‘Lord’.

Many early Christians were so adamant that Jesus was the ‘Lord of lords’ that they would often be killed for their faith because they refused to refer to Caesar as ‘Lord’. Click To Tweet

Finally, we will look at the more ‘personal’ name for God that is presented in the Bible.

The pronunciation for this last Name isn’t clear (we’ll get to that), but we most commonly call Him Yahweh or Jehovah. Although these Names are used throughout Genesis, they are formally introduced in Exodus 3 in the famous scene of Moses and the burning bush. When God charges him with the task of freeing the Israelites from Egypt, Moses asks God who he should say has sent him. God responds with the following:

“Tell them that I AM has sent you.”

It is from this phrase “I AM” that we receive the personal Name of God which essentially transliterates to the English letters YHWH. The trouble is, the ancient Hebrew language did not contain any vowels and because the Jews refused to speak this Name out loud—out of reverence— we are left to guess what the vowels might be. Yahweh and Jehovah are two common attempts at the pronunciation. This Name is generally denoted in English translations as LORD, in small capitals. As with Elohim, the shortened version of the name is often used in Hebrew names that contain an “ah” sound. For example: Joshua, Zachariah, Hezekiah, Micah etc. Also, like Elohim, it is often paired with a descriptor to highlight an attribute of God:

Intriguingly, in the New Testament, Jesus refers to Himself in a similar way, frequently using “I AM” phrases in references to Himself:

In this way, it could be said that Jesus is another Name for God.

Perhaps the most intriguing of all, however, is Jesus’ claim at the end of John 8. Here we see the Pharisees criticise Him because He claims He can impart eternal life. They point out that even Abraham died, so who did Jesus think He was to make such a claim. Jesus responded by quoting His Father’s response to Moses in Exodus 3:

“Before Abraham was, I AM”

Likewise, when those who came to arrest Him in the Garden of Gethsemane asked for Jesus of Nazareth, Jesus once again quoted Exodus 3 and simply replied:

People often argue that Jesus never claimed to be God yet it is clear that He frequently referred to Himself by the personal name of ‘God’. It is hard to make a clearer claim than that!

People often argue that Jesus never claimed to be God yet it is clear that He frequently referred to Himself by the personal name of ‘God’. It is hard to make a clearer claim than that! Click To Tweet